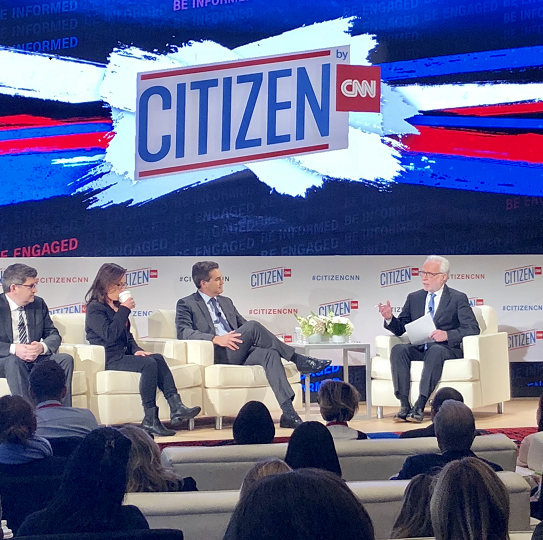 It has been well-established at this point in time that Acosta is the least liked reporter among those in the Trump administration, and among the president’s most passionate supporters. There’s no love lost on Acosta’s side either, who referred to the president as “a deceptive, dishonest person … the original birther in chief” during today’s discussion.

“I think he goes after the press—and this is what I’ve been told time and again—as sort of an ‘act’ … I’ve been told by so many people that this is an act and he’s just doing his reality TV shtick, and instead of ‘you’re fired,’ it’s ‘you’re fake news,'” said Acosta.

The thing that people don’t get is that this is an act,” he continued. “They think this is deadly serious and so they take up the cause and they come after us.”

Acosta conceded that previous administrations have had adversarial relationships with the press … “but this is on a totally different level,” said Acosta.

“If you want to ask me what makes me most depressed about my job, it’s covering the rallies,” said Acosta. “It gets to the larger point of what it’s like covering the president of the United States, and in particular Donald Trump … In many ways the danger is not what Trump is doing to America, the danger is how America is changing under Trump.”

Acosta did cite instances where he had been heckled at rallies during previous administrations, but nothing like this.