NEXT:Jake Tapper Broke the News to Dave Matthews That DMB Has Been Nominated for the Rock 'n' Roll Hall of Fame
PREVIOUS:Sunday Show Ratings: Oct. 13 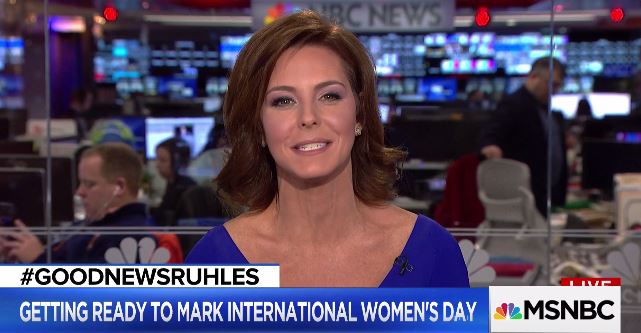 MSNBC anchor Stephanie Ruhle has reportedly met with CNN Worldwide chief Jeff Zucker on multiple occasions in 2019 regarding a potential role at CNN.

This is according to Mediaite.

Since her arrival at NBC News from Bloomberg, Ruhle has emerged as one of MSNBC’s most high-profile voices in dayside. She brings a big personality to cable news, and as Mediaite’s Aidan McLaughlin writes, she does offer “an often emotional take on weighty news.” Perhaps there was thinking of a move from daytime news to more of an opinion program, similar to the path of Chris Cuomo.

There have also been rumblings for some time now that the two-hour edition of CNN Tonight with Don Lemon could return to being a one-hour program in the 10 p.m. hour. There’s a possibility that conversations between Zucker and Ruhle may have been had about that hour.

But if CNN is indeed looking to shrink Lemon’s on-air workload by an hour, CNN legal commentator Laura Coates would be the logical choice to take over 11 p.m. on a permanent basis. She has been anchoring CNN’s 11 p.m. hour more and more frequently as of late, as the impeachment inquiry ramps up and legal analysts are becoming increasingly in-demand. Coates also led the hour on many Fridays during the summer months.

CNN has yet to respond to our request for comment on the reporting.