NEXT:Jan. 2020 Ratings: CNN Is One of Cable TV's Top 5 Networks
PREVIOUS:FBN's Gerri Willis Is Taking a Leave of Absence to Fight Cervical Cancer 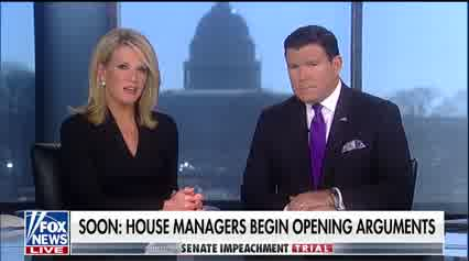 Fox News averaged 2.9 million total viewers in prime time in Jan. 2020,  which is the network’s largest prime time audience since Nov. 2016, the month of the most recent presidential election.

The network also released a statement today celebrating 18 consecutive years as the most-watched cable news network. FNC first became No. 1 in total viewers at the end of the Nielsen month in Jan. 2002.

Fox News CEO Suzanne Scott and Fox News president & executive editor Jay Wallace: “For 18 years, more viewers have turned to FOX News Channel for its unrivaled news and opinion coverage than any other cable news network and we are proud of our strong team both on and off the air as we offer our audience the most dynamic programming in the country.”

On the programming front – Tucker Carlson Tonight, Hannity, The Ingraham Angle, and Fox News @ Night with Shannon Bream all delivered their largest audiences ever. The first 3 were the top 3 cable news shows of the month in both Total Viewers and in Adults 25-54.

The weekends were huge for Fox News as well. The following FNC weekend programs posted their largest monthly audiences ever:

In short, Jan. 2020 was a pretty flawless month for Fox News, ratings-wise.