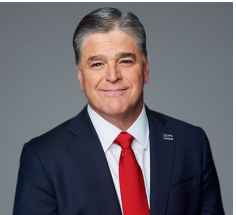 When it comes to ratings, Fox News Channel remains the gold standard in cable news.

The network also released a statement today celebrating 17 consecutive years as the most-watched cable news network. FNC first became No. 1 in total viewers at the end of the Nielsen month in January 2002.

“We are thrilled to kick off 2019 with a major milestone in marking 17 consecutive years as the number one cable news network due in no small part to our incredibly loyal audience. Our premiere team of journalists and opinion hosts continue to dominate the competition, proving once again they are the best in the business.”

In prime time, FNC was the second most-watched network in all of basic cable this month, with 2.2 million total viewers, only behind football-focused ESPN.

But not all of the trends were positives. In fact, Fox News posted by far the most significant year-over-year ratings losses of cable news’ big three.

The aforementioned Tucker Carlson dominated the 8 p.m. hour across the board. Sean Hannity, Laura Ingraham and Shannon Bream finished No. 2 in their respective hours.