NEXT:The New York Times Is Reportedly Asking Its Reporters Not to Appear on The Rachel Maddow Show
PREVIOUS:Basic Cable Ranker: Week of May 20 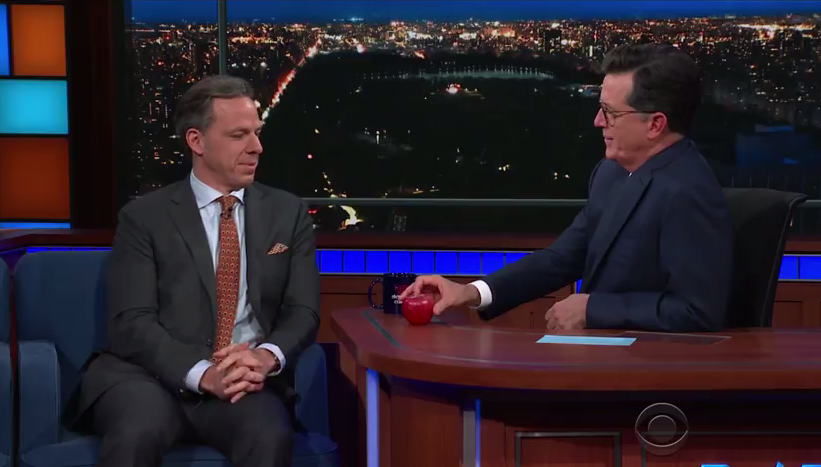 CNN’s Jake Tapper has had his battles with Fox News personalities in the past. He famously called out Bill O’Reilly via Twitter, and addressed his viral tweet during an appearance on The Late Show with Stephen Colbert. He has also engaged in Twitter feuds with Sean Hannity.

This time, he went after Fox News for promoting a man who has been suspended from social media for promoting racist and anti-Semitic content.

Tapper does not call out Laura Ingraham by name, but his critique stems from a segment on last night’s edition of The Ingraham Angle, where the 10 p.m. host talks about what she deems is Facebook censoring conservative voices on its platform.

During the segment, a graphic popped up showing headshots of a number of popular conservative personalities who have recently been banned by Facebook, including former actor James Woods, Laura Loomer, conspiracy theorist Alex Jones and the aforementioned Nehlen, who unsuccessfully ran for congress in 2016 and 2018. He tried to unseat Paul Ryan as representative for Wisconsin’s 1st district, and lost in the Republican primary both times.

Here’s the conversation and graphic Tapper is referring to:

We reached out to Fox News for a response to Tapper’s tweets, and will update this item if/when we hear back.

Ingraham has issued her own statement:

Retweeting screenshots of despicable old tweets by racists and/or anti-semites must make those racists & anti-semites very happy. Unfortunately it does zero to elevate the debate in America. cc. @CNN

“It is obscene to suggest that Laura Ingraham was defending Paul Nehlen’s despicable actions especially when some of the names on the graphic were pulled from an Associated Press report on best known political extremists banned from Facebook. Anyone who watches Laura’s show knows that she is a fierce protector of freedom of speech and the intent of the segment was to highlight the growing trend of unilateral censorship in America.”