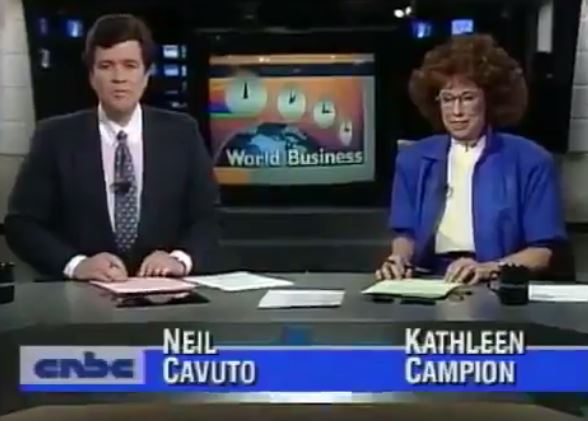 CNBC went on the air 28 years ago today, April 17, 1989. After an announcement from then-NBC president Bob Wright, the network got down to business with a show called World Business co-anchored by Neil Cavuto.

But not many people saw it because CNBC difficulty getting cable carriage at first. There was already another business news channel, FNN, on cable. Two years into its run, CNBC acquired FNN and merged the operations, hiring around 60 of FNN’s 300 employees, including Bill Griffeth and Joe Kernen.

Here are the first few minutes of CNBC:

Exactly 28 years ago today (April 17, 1989) @CNBC went on the air for the 1st time ever. This is video of the debut broadcast. pic.twitter.com/zkguaGGtWV