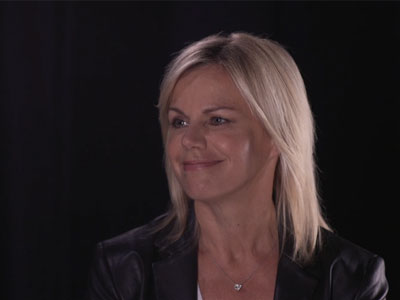 It has been nine days since the Harvey Weinstein sexual harassment report was published by the New York Times. But the story continues to send shock waves throughout the media and entertainment industries. CBS Sunday Morning will have an expert commentator in this field to provide her insights on this highly sensitive subject this weekend: Gretchen Carlson.

The former Fox Newser will contribute to Sunday Morning’s “opinion” segment. She will be weighing in on the need to change laws that make it difficult for victims of sexual harassment to take action and to get bystanders to open up when they witness sexual harassment where it takes place.

Carlson’s backstory is well known. She left Fox News when her contract was not renewed in June 2016. Less than two weeks later, she filed a sexual harassment lawsuit against the late co-founder and chairman of Fox News, Roger Ailes. Carlson would go on receive a settlement of $20 million and an apology from 21st Century Fox. The lawsuit against Ailes eventually forced his departure from the network.

Her departure from Fox News in June 2016 set off a chain reaction that upended America’s most-watched cable network, including the departure of its former star on-air personality Bill O’Reilly in April 2017.

Carlson has focused her post-Fox News life on issues related to gender empowerment inside and outside of the workplace. Her mission continues through her fund, Gift of Courage, which “inspires women and girls to stand up and speak up,” she says.

Carlson was honored by Adweek earlier this year as a “media disruptor,” and her new book, Be Fierce: Stop Harassment and Take Your Power Back, hits bookstores this month.

“I’ve been an incredibly hard worker my entire life, so yes, once I get through this, I’m planning on going back to TV,” Carlson told us just before her appearance at New York Advertising Week last month where she participated in a panel discussion called Fierce, Fearless and Female.

Her imminent appearance on CBS Sunday Morning appears to be one step in the right direction.