NEXT:Scoreboard: Tuesday, Sept. 24
PREVIOUS:Here's Why BBC News Is Partnering With FedEx on a New Series About Global Trade 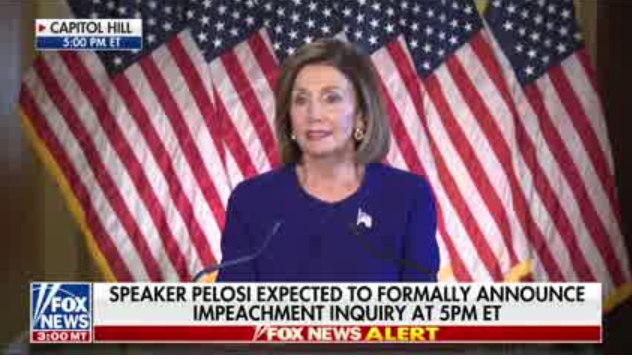 According to early data released by Nielsen, Fox News was the most-watched cable news network for coverage of the Speaker’s announcement, attracting 3.3 million viewers and 551,000 in the 25-54 demographic from 5 p.m. – 5:15 p.m. ET on Tuesday, which is when she made her live announcement.

Fox News also finished No. 1 in prime time, although Sean Hannity and Rachel Maddow split the 9 p.m. hour. Hannity was the most-watched cable news show of the night in total viewers (a whopping 3.86 million, per Nielsen data), while Maddow was top of the heap among adults 25-54, the demo that means most to advertisers, drawing 697,000.