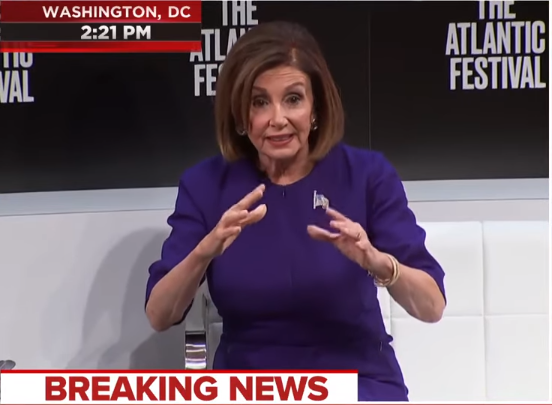 At 5 p.m. ET, ABC News, NBC News, and CBS News will all break into their regularly scheduled network programming with a Special Report, as House Speaker Nancy Pelosi reportedly will announce a formal impeachment inquiry into President Trump.

Lester Holt will anchor for NBC, George Stephanopoulos for ABC, and Margaret Brennan will anchor for CBS from New York. We will update this post when we find out who’s anchoring ABC’s coverage.

This will be the second time today that NBC and CBS will breaking into regularly scheduled programming with a network Special Report. Both did so this morning when President Trump spoke at the U.N. General Assembly.

On the cable front, Bret Baier and Martha MacCallum are co-anchoring Fox News’ coverage. Wolf Blitzer will anchor for CNN, and MSNBC 4 p.m. host Nicolle Wallace will host coverage for her network.

Additionally, Bloomberg Television will present a special edition of Balance of Power, hosted by David Westin, at 5 p.m., that will air globally.