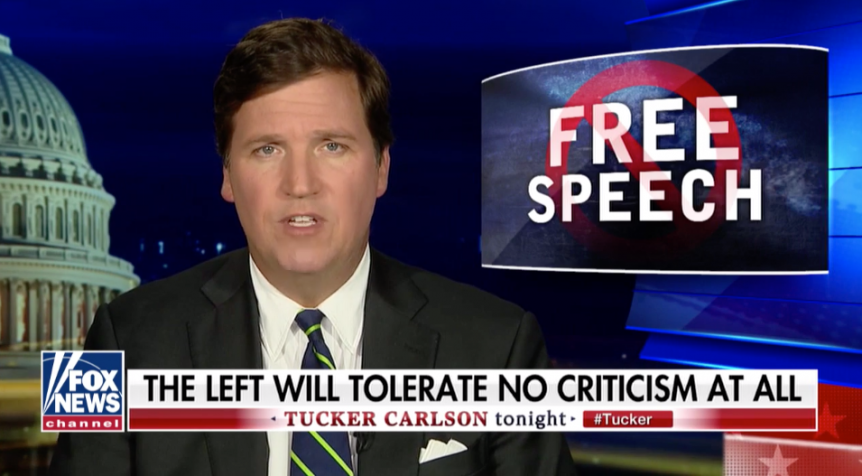 Some advertisers are starting to distance themselves from both Tucker Carlson Tonight and Justice With Judge Jeanine following recent controversial remarks by both Carlson and Jeanine Pirro. However, Fox News reiterated its support for both shows and hosts Wednesday morning, as a protest, organized by liberal advocacy group Media Matters for America, kicked off outside Fox News headquarters in New York—the same time that Fox News is holding an upfront event for buyers.

Carlson has been under fire this week since controversial remarks concerning women he made nearly a decade ago were discovered by Media Matters, which has been parceling out additional audio segments all week. Some advertisers have said they are pulling out of his program as a result, including Sheex bedding company, which was the show’s third largest advertiser, according to data from iSpot.tv.

At the same time, advertiser unrest is growing over Pirro’s Saturday night show, after she claimed on Saturday that Minnesota freshman congresswoman Ilhan Omar is “sharia compliant” and not loyal to the U.S. Constitution because she wears a hijab.

At least three advertisers—NerdWallet, Novo Nordish and Letgo—are removing ads from Pirro’s show, according to the Hollywood Reporter.

However, Fox News told TVNewser that no ad revenue has been lost as a result of those ads being pulled. The network reiterated what ad sales chief Marianne Gambelli said in December during the last Carlson controversy, after more than 20 brands stopped advertising on the show following his anti-immigration comments: inventory has been shifted to other dayparts, and no revenue was lost.

The network said it stands by Carlson, pointing to the host’s comments during his Monday show: “Fox News is behind us, as they have been since the very first day. Toughness is a rare quality in a TV network, and we are grateful for that,” Carlson said on-air. “Second, we’ve always apologized when we’re wrong, and will continue to do that. That’s what decent people do. They apologize. But we will never bow to the mob. Ever. No matter what.”

Fox News’ support of Carlson briefly was called into question during Carlson’s usual on-air handoff to Sean Hannity last night. As part of their exchange, Hannity said, “So Tucker was going to be off this week. … He’s not going to take the mob’s crap and he came into work to stand up to this.” He later told Carlson, “Have a great rest of vacation that you were supposed to have.”

Hannity’s comments seemed to indicate that Tucker would be going on a conveniently timed vacation, which always seems to occur whenever a network host lands in hot water with advertisers. But that isn’t the case this time around: a Fox News spokesperson said Tucker will be on the air this week and next, and did not have a planned vacation.

According to data from iSpot.tv, Carlson’s show generates approximately $28 million in ad revenue year to date, second among network shows, accounting for approximately 14 percent of the network’s total. My Pillow is the largest advertiser, with almost 28 percent of the show’s advertising inventory, followed by Jenny Craig and Sheex.

As for Pirro, Fox News reiterated its statement from Sunday night, when the network said, “We strongly condemn” Pirro’s comments and “we have addressed the matter with her directly.”

Fox News’ statements of support for both its embattled hosts comes as a protest, organized by Media Matters, is underway Wednesday morning outside of Fox News headquarters in New York. The protest has been timed to an upfront event the network is holding for ad buyers today.