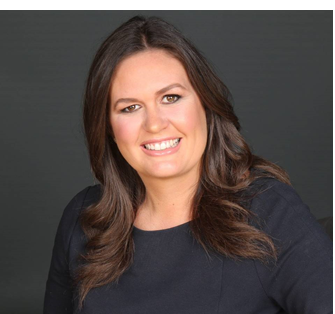 Fox News hosted one former White House press secretary this morning, and it has officially signed another one to a contributor role.

President Trump’s one-time White House press secretary Sarah Huckabee Sanders has been signed by FNC as a contributor, the network announced today. She will provide political commentary and analysis across all of Fox News Media platforms, including Fox News Channel, FBN, Fox News Digital, Fox Nation and the radio/podcast division.

“Fox News has been the number one news organization in the country for 17 years running and I am beyond proud to join their incredible stable of on-air contributors in providing political insights and analysis,” Sanders said in a statement.

She joins a number of former White House comms staffers who took on TV news contributor roles while their one-time bosses were still in office. Jay Carney and Robert Gibbs, two press secretaries under Pres. Obama, became contributors for CNN and NBC News, respectively. Carney joined CNN while Obama was still in office.  George Stephanopoulos was Pres. Clinton’s White House comms director during his first term in office, and left the administration in December 1996 after Clinton was re-elected. Stephanopoulos became a political analyst for ABC News after leaving the administration, and served as a correspondent on This Week, the network’s Sunday show which he now hosts.

Dana Perino is a former George W. Bush White House press secretary who now hosts the Fox News’ 2 p.m. hour, and is co-host of its 5 p.m. show The Five.

Seemingly beloved by those in the administration and by the president himself, Sanders was a controversial figure among many in the White House press corps during her nearly two-year run as the White House’s chief spokesperson.

She held fewer press briefings as her tenure continued, and when peppered with questions, was oftentimes combative and frequently deferred to the president.

There were also a number of tense back and forths with CNN’s chief White House correspondent Jim Acosta, including the notorious “enemy of the people,” exchange, and the decision to temporarily pull Acosta’s White House press pass in November 2018 (which was later restored).

Sanders will make her debut on Fox & Friends during its next live audience show on September 6th.

Excited to join @FoxNews as a contributor, looking forward to being with the @foxandfriends team for my first hit on September 6th. https://t.co/Jb2HCFc1aM