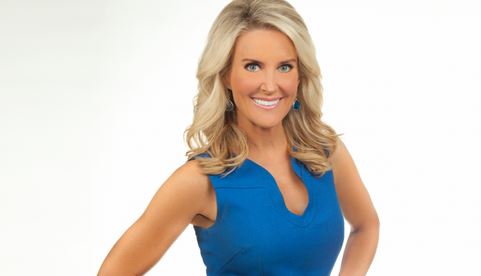 Early morning Fox News viewers have probably been wondering where Fox & Friends First host Heather Childers has been over these last few months, and if she’ll ever return to the FNC airwaves.

“Fox News and Heather Childers have parted ways,” a Fox News spokesperson confirmed to TVNewser this morning. “We wish her all the best.”

CNN’s Brian Stelter reported that Childers was taken off the air in late March, shortly after she came to work while visibly sick.

“She coughed and sneezed on the air—and dismayed some of her colleagues,” he writes. “This happened during the early days of the coronavirus crisis. She was not put back on the air again—despite her public campaign on Twitter (she said she tested negative for Covid-19 twice) and her messages to Trump.”

Childers visited a doctor after the March 18 telecast and said on Twitter that she was fine. She came back to work and hosted her hour on March 19, reportedly much to the chagrin of her superiors. March 19, 2020 would be the final time Childers would helm Fox & Friends First’s 4 a.m. hour, a time slot she had solo-hosted since Sept. 2017.

The duo of Jillian Mele and Rob Schmitt, who had already been co-hosts of the 5 a.m. hour, have led both hours since Childers’ departure.

On March 24, FNC disclosed that six of its employees tested positive for Covid-19. It is known that one of Lou Dobbs‘ FBN staffers contracted the virus, but it is unclear if Childers was one of the remaining five.

On March 31, she admitted on Twitter to “coughing & sneezing on air,” but said she “never went to work feeling sick.” She said she was tested for Covid-19, was found to be negative, and sent those results to Fox News execs.

No. Last day I was on I mentioned I had gone to a dr to make sure I had no fever or cough of concern after coughing & sneezing on air. Never went to work feeling sick. I sent those results showing no temp or cough. Was then told Covid19 test would most helpful. Negative 🙏

Starting Week 5 sitting at home & not anchoring @FoxFriendsFirst at 4AM for you. Sorry I won’t be there again after 25+ years as a journalist. @realDonaldTrump please get us all back to work. Negative #Covid19 or any testing is worthless if ignored by employers & municipalities.

Thanks to everyone for your kind comments. I remember in 2012 anchoring my regular weekends & @FoxFriendsFirst weekdays launching the show. Working 7 days a week for months & months until Fox named myself & Ainsley co-anchors. We all love working extra days & hrs for Fox viewers

On May 10, she sent out an “update” video saying “once the stay at home orders are lifted, I really look forward to returning to work for you” (presumably meaning the audience).

Happy Mother’s Day from #NYC! Still under Stay-at-Home orders but looking forward to returning to work for you as soon as they are lifted. Stay safe! @foxfriendsfirst @foxnews pic.twitter.com/JmlTlploLD

The most recent Fox & Friends-related tweet from Childers was posted May 19, saying she hoped to cover the RNC for the broadcast.

Still looking forward to covering the @GOPconvention in my hometown Charlotte in August for @FoxFriendsFirst at 4AM 🇺🇸🇺🇸🇺🇸 https://t.co/iRNDwfjKjO

Childers was out of commission for eight weeks in 2018 after having neck surgery to correct a condition called cervical spinal stenosis with myelopathy. She left Fox & Friends First in mid-July and returned right after Labor Day of that year.