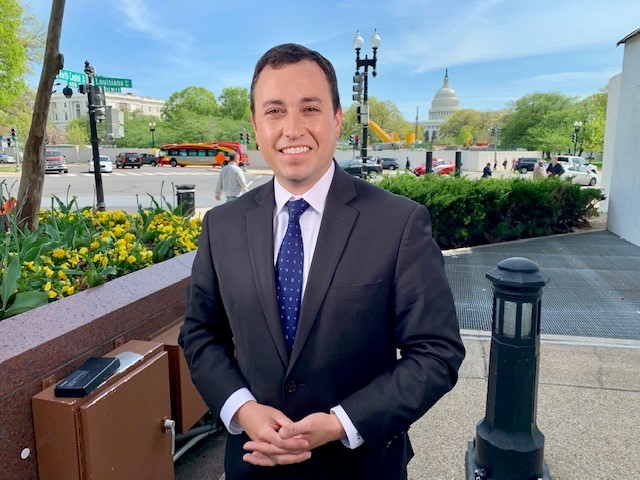 Fox News has signed Nexstar Station Group’s Mark Meredith as a Washington based correspondent. Beginning this Monday, Meredith will cover breaking news from the DC area.

Since 2015, Meredith has served as a White House correspondent for both the Media General and Nexstar Station Groups where he delivered news reports to more than 70 television stations across the country. In this capacity, he interviewed top lawmakers, including President Trump, VP Pence, Sen. Schumer  and Sen. Warner. Additionally, Meredith also assisted in the development of Media General’s Washington bureau leading up to the 2016 election.

Prior to his arrival at Nexstar –the local broadcast company that made headlines back in December for its $6.4 billion acquisition of Tribune Media–Meredith was a general assignment report for two Denver stations: KDVR-TV, the market’s Fox affiliate, and KWGN-TV, the market’s CW affiliate.

During his time in Denver, Meredith was one of the first reporters on the scene during the 2012 movie theater shooting in Aurora, Co.  Additionally, he provided extensive coverage of the massive wildfires and floods that devastated the state in 2013. Notably, his reporting earned him the award for Best Breaking News Coverage Under Deadline Pressure from the Colorado Broadcasters Association.

Previously, Meredith served as a reporter for WMBF-TV, the NBC station in Myrtle Beach, where he contributed to the station’s evening newscast.