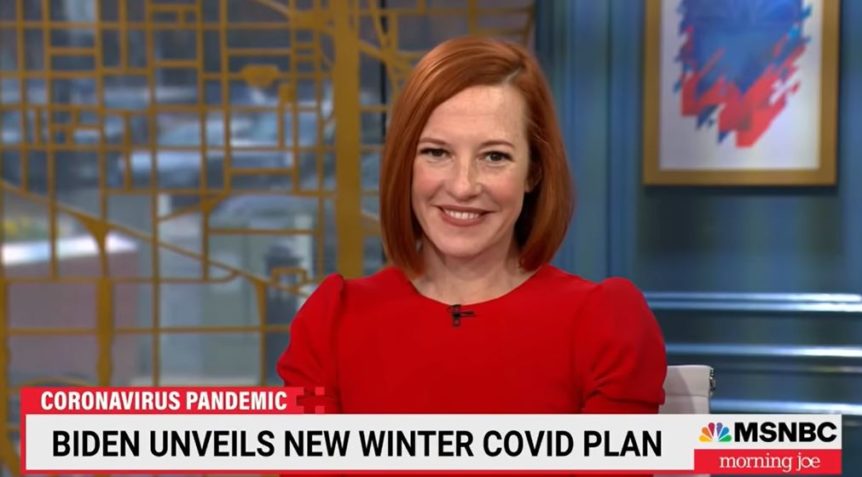 After months of speculation, Jen Psaki has become the latest former White House communication staffer to officially make the leap to TV news.

Psaki, who was White House Press Secretary for the Biden administration’s first 16 months before leaving on May 13, will join MSNBC this fall. She’ll appear across all the network’s cable and streaming programming, MSNBC president Rashida Jones said today.

She will also host a new streaming show set to debut in early 2023. The program “will bring together her unique perspective from behind the podium—and her deep experience in the highest levels of government and presidential politics to MSNBC viewers,” according to the network.

Additionally, Psaki will appear on NBC and during MSNBC’s primetime special election programming throughout the midterms and 2024 presidential election.

“Jen’s sharp wit and relatability, combined with the mastery of the subjects she covers, have made her a household name across the nation,” Jones said in a statement. “Her extensive experience in government and on the campaign trail and perspective as a White House and Washington insider is the type of analysis that sets MSNBC apart. She’s a familiar face and trusted authority to MSNBC viewers—and we look forward to her insight during this consequential election season.”

Following a month of speculation and reports about her likely post-White House jump to TV news, a source confirmed to TVNewser last month that Psaki had been in exclusive talks with MSNBC to join the network—a move that reportedly angered some NBC News journalists.

Puck News reported in February that Psaki also had conversations with CNN and that other networks had expressed interest in signing her.

“Fact-based and thoughtful conversations about the big questions on the minds of people across the country have never been more important—and I’m thrilled to join the incredible MSNBC team,” Psaki said in a statement. “My time in government, from the White House to the State Department—and years before that on national political campaigns, will fuel the insight and perspective I bring to this next chapter. I can’t wait to create a space on streaming where we break down the facts, get to the bottom of what’s driving the issues and hopefully have some fun along the way.”

At MSNBC, Psaki joins her former Biden administration colleague Symone Sanders, whose new show Symone debuted earlier this month. It airs at 4 p.m. ET on weekends on MSNBC and streams Mondays and Tuesdays on Peacock.

White House communications staffers have a long history of transitioning into TV news, with ABC’s George Stephanopoulos and Fox News’ Dana Perino the two of the most prominent examples.