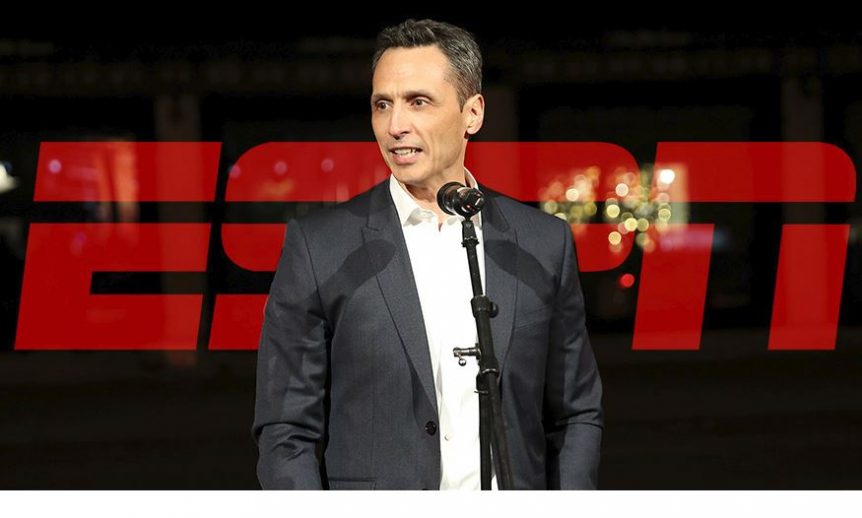 James Pitaro has been named president of ESPN, and co-chair of the Disney Media Networks.

Pitaro, who joins from Disney Consumer Products and Interactive Media, where he’s been chairman since 2016, takes over for John Skipper who announced his resignation in December.

“Jimmy forged his career at the intersection of technology, sports and media, and his vast experience and keen perspective will be invaluable in taking ESPN into the future,” said Disney chairman and CEO Bob Iger. Pitaro will report to Iger.

“I am honored to be joining the ESPN team during such a pivotal time in its storied history,” Pitaro said. “The appetite for quality sports content across platforms has never been greater, and I am looking forward to working with the talented ESPN team as we continue to redefine the future fan experience.”

Pitaro, who previously held leadership roles at Yahoo and LAUNCH Media, joins ESPN as the network is about to launch ESPN+, a direct-to-consumer subscription service meant to blunt the effect of cord-cutting, which show no signs of slowing. eMarketer predicted 22.2 million people cut the cable cord 2017. That’s up 33.2 percent from 2016. ESPN has long commanded the highest per-subscriber price for its TV network.