NEXT:Week of Aug. 17 Ranker: Driven by DNC Coverage, MSNBC Is the Most-Watched Network on Cable; CNN Is No. 1 in A25-54 Demo
PREVIOUS:Tuesday, Aug. 25 Scoreboard: Fox News Prime Time Earns 7.2 Million Viewers, No. 1 on TV 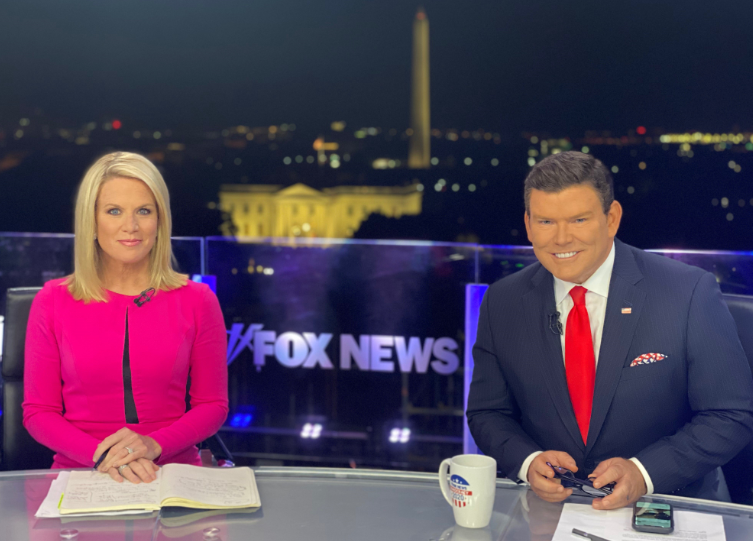 Nielsen update (6 p.m. ET): Final live-plus-same-day data for day two coverage of the 2020 RNC has arrived, and it’s better news for the Republicans.

Night 2 of the Republican National Convention was a bit more eventful than the opening night, frankly. No, there were no viral moments like the one Kimberly Guilfoyle produced. But there were unprecedented moments, such as a mid-convention naturalization ceremony, a pardon and speeches from a trio of Trump family members.

President Trump appeared three times during the night, from the White House, a move which many felt blurred the lines between the presidency and his campaign.

Early Nielsen data for opening night of the 2020 RNC showed 15.8 million viewers tuned in to the 10 p.m. ET hour of the broadcast across six broadcast and cable networks. Final data arrived later that evening, and the adjustment showed 17 million viewers watched across 11 networks. Those numbers were poor relative to the opening night of the 2016 RNC (-26%) and versus Night 1 of the 2020 DNC (-14%).

According to fast national data from Nielsen (which will be adjusted up later today), the common coverage period for the second night of the RNC averaged 18 million viewers across six Nielsen-measured broadcast and cable networks: CNN, MSNBC, Fox News, NBC, ABC and CBS. This total does not include streaming viewership figures, non-Nielsen-measured networks (like C-SPAN) or the Spanish-language broadcasters.

That represents 14% growth from opening night, but a 7% decline from the comparable night in 2016.

A total of 4.25 million adults 25-54 tuned in across the six aforementioned Nielsen-measured English-language networks, a 7% gain from opening night, but a 25% loss from Night 2 of 2016.

The DNC posted even more significant year-over-year losses on its second night, so the GOP isn’t alone here.

Night 2 of the 2020 DNC viewership adjusted up to 19.2 million TV viewers after additional networks and final live-plus-same-day data arrived later that day.

Viewership for the DNC was relatively widely distributed across the various networks carrying the proceedings. RNC viewership on opening night primarily took place on Fox News. This was true once again on the second night, although NBC’s audience for Night 2 was far larger than it had been on opening night, due to America’s Got Talent as its lead-in.

Still, it appears that people who want to watch the Republican National Convention this year are doing so on Fox News.

FNC averaged the highest-rated day 2 of any convention in cable news history, 7.91 million total viewers in the 10-11:15 p.m. time period, which is when broadcast and cable networks were carrying the RNC. That’s up 12% from opening night. It’s also more total viewers than ABC, CBS and NBC combined.

It wasn’t just Fox News that posted night-to-night growth. Each of the networks posted audience growth from opening night. NBC, not CNN, came in second place this time around across the board. With a lift from its America’s Got Talent lead-in, NBC’s 10-11:15 p.m. ET coverage of Night 2 averaged 2.95 million total viewers, which is a 43% increase from opening night, and 684,000 adults 25-54, which is 26% bump from Night 1.

Here’s how everyone performed, both on a night-to-night basis and year over year.