NEXT:Bob Costas Is Returning to HBO with a New Series
PREVIOUS:Thursday, April 22 Scoreboard: Tucker Carlson Leads Fox to No. 1 Ranking 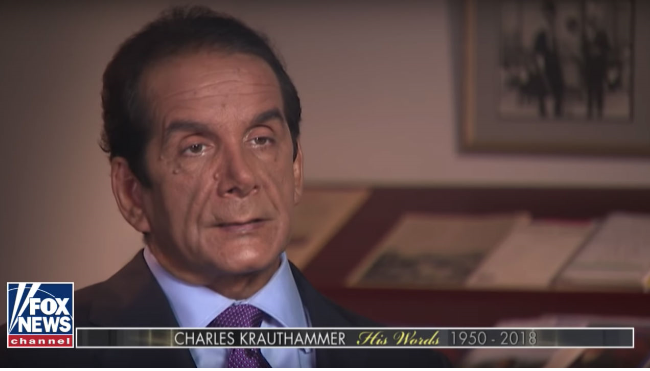 In addition to announcing the second annual recipient, Baier and Krauthammer discussed Charles’ speechwriting work for the late former Vice President Walter Mondale as well as his father’s legacy of learning and academic curiosity.

“We are proud to continue the tradition of honoring Charles Krauthammer’s storied legacy with this year’s memorial scholarship recipient,” Fox News CEO Suzanne Scott said in a statement. “Marin Martin is an exceptional student with an extremely bright future and her academic curiosity will no doubt live up to the mission that Charles inspired every day. Congratulations to Marin and her family.”

The inaugural scholarship recipients in 2020 were Ami Carey and Michael Carey, the children of Fox News svp of technical operations Steve Carey and senior director of IT operations John Carey, respectively. 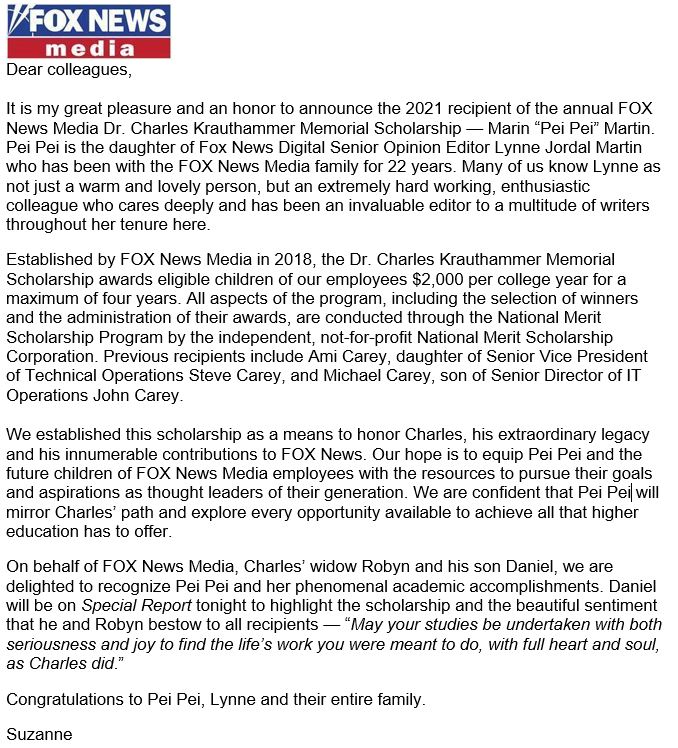