NEXT:Here Are the Final Morning Ratings Reports for Charlie Rose and Matt Lauer
PREVIOUS:November 2017 Ratings: MSNBC Is Only Network To Deliver Audience Growth 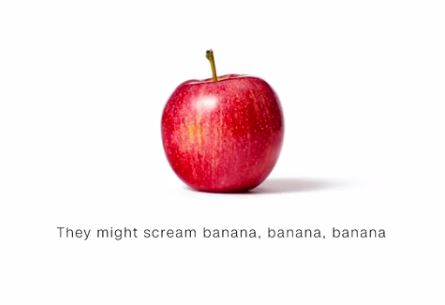 Despite being attacked by the President of the United States seemingly ad nauseam, CNN continues to draw significant audiences across the total day, 6 a.m. – 6 a.m. daypart.

The network finished No. 9 across basic cable in total day audience in November 2017, which marks the fourth consecutive month CNN has ranked in the top 10 among total viewers in total day.

The network continues to perform especially well among the ad-friendly A25-54 set. In fact, CNN’s daytime shows have defeated MSNBC’s for 45 straight months among adults 25-54.

Programs like Early Start with Christine Romans and Dave Briggs, The Lead with Jake Tapper, The Situation Room with Wolf Blitzer, Smerconish, Inside Politics with John King, State of the Union with Jake Tapper, Fareed Zakaria GPS and Reliable Sources with Brian Stelter all defeated MSNBC this month in the demo.

But CNN was the No. 3 cable news network in prime time this past month, both among total viewers and in the key A25-54 demo. New Day also slipped to third in the demo behind Morning Joe in the cable morning race.

Here’s the press release from CNN:

CNN once again surpassed MSNBC in Total Day, daytime and on weekends for the month of November among adults 25-54. CNN has now bested MSNBC in Total Day for 41 straight months in the key demographic 25-54 (229k vs. 211k), the longest monthly streak since 2010.

CNN also beat MSNBC by wide margins throughout daytime programming, averaging a +29% advantage in the key demo (244k vs. 189k). All of CNN’s daytime programs posted higher demo 25-54 audiences than MSNBC’s. CNN has now topped MSNBC during the daytime hours (9am-4pm) for 45 straight months among 25-54.

Key CNN programs such as Early Start with Christine Romans and Dave Briggs, The Lead with Jake Tapper, The Situation Room with Wolf Blitzer, Smerconish, Inside Politics with John King, State of the Union with Jake Tapper, Fareed Zakaria GPS and Reliable Sources with Brian Stelter all easily surpassed MSNBC this month, posting higher demo 25-54 audiences.

Of Note;
When comparing to a year ago, please note for context, the presidential election was last November where CNN had unprecedented and record-high viewership including the most-watched Election Night in cable news history among both adults 25-54 and total viewers.

Year-to-Date:
Year-to-date, 2017 is pacing to be CNN’s highest year on record in Total Day among total viewers and adults 25-54. 2017 is also pacing to be CNN’s second largest audience since 2008 in prime time among 25-54 and total viewers. New Day with Chris Cuomo and Alisyn Camerota, The Lead with Jake Tapper, The Situation Room with Wolf Blitzer, Erin Burnett Outfront, Anderson Cooper 360 and CNN Tonight with Don Lemon are all on track to have their highest adults 25-54 and total viewer deliveries on record this year.