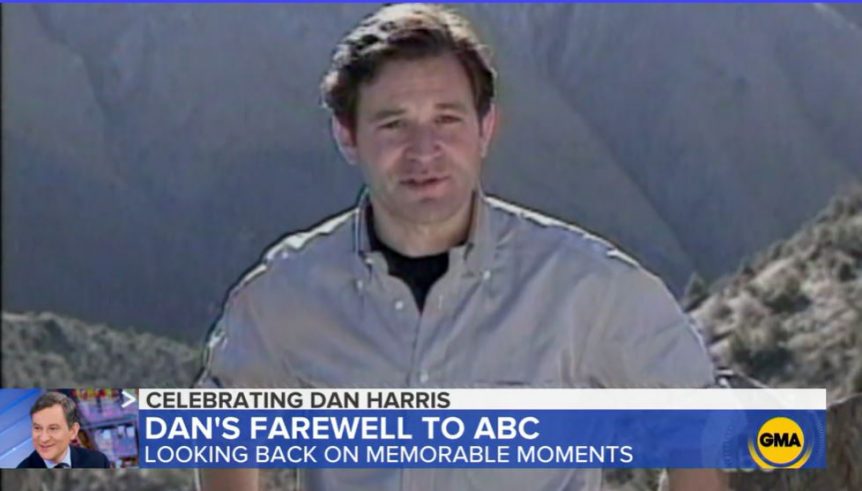 Harris’ Ten Percent Happier franchise began with his 2014 book, 10% Happier: How I Tamed the Voice in My Head, Reduced Stress without Losing My Edge and Found Self-Help That Actually Works. In that book, Harris recalls his infamous on-air panic attack during the June 7, 2004 broadcast of GMA and how he has gotten better and happier over the years. The success of that book spawned a podcast and eventually the Ten Percent Happier tech startup.

Harris has co-anchored GMA Weekend since October 2010, and also co-anchored Nightline from 2013 through June of 2019.

In addition to the aforementioned newscasts, Harris has covered a wide array of stories for ABC News since joining the network in March 2000, including mass shootings in Newtown, Aurora and Tucson. He has covered natural disasters from Haiti to Myanmar to New Orleans. He has also reported from combat zones in Afghanistan, Israel, Gaza and the West Bank and has reported from Iraq on six occasions.

Below, the GMA Weekend team gets together for “a goodbye hang,” and share their first impressions of Harris.

Additionally, GMA Weekend shows a montage of Harris’ past reporting from out in the field, before returning to the studio for another goodbye segment and appearances from some special guests.