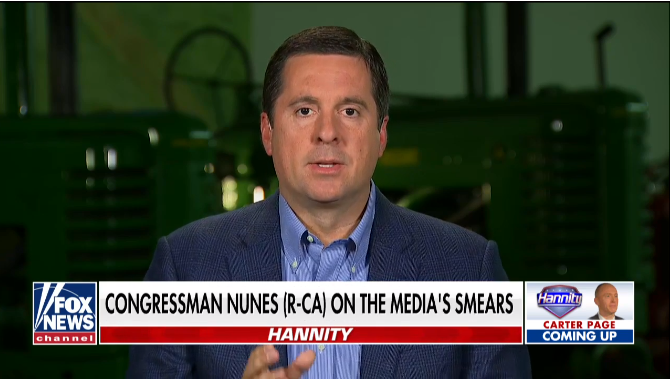 Congressman Devin Nunes told Sean Hannity last night that he plans on taking CNN and the Daily Beast to court over reports from both outlets about his connection to indicted Rudy Giuliani associate Lev Parnas.

Parnas’ attorney told CNN that his client is willing to tell Congress that Nunes met with a Ukrainian prosecutor named Viktor Shokin in Austria in 2018  to get dirt on former vp Joe Biden.

Nunes talked about the lawsuits on Hannity yesterday, criticizing both CNN and the Daily Beast, even going so far to say that there’s “criminal activity here.”

The California Republican claimed that he’s being “smeared and attacked” because the recent impeachment hearings were “a disaster for them.”

“I understand the last week and a half, it was a it was a disaster for them. It was a train wreck for them,” Nunes said. “So what did they have to do? They had to come out and say, well, look, Devin Nunes was actually the one that was meeting with all of these Ukrainians. So sorry, CNN. It’s totally false.”

Nunes reiterated that the reporting is “demonstrably false” and said:

Below is Nunes’ back and forth with Hannity last night.