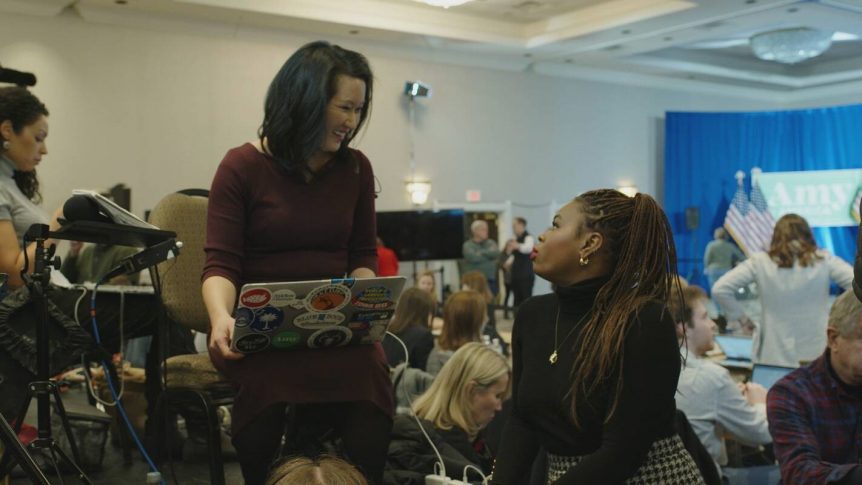 CNN Films has produced a new documentary for HBO Max where viewers follow a team of female CNN journalists as they report on the 2020 election. The film, On the Trail: Inside the 2020 Primaries, will premiere Thursday, Aug. 6 on HBO Max.

The story begins just days prior to the Iowa caucuses, viewers see the journalists pack up and leave their families to fan out across the country, to report on the president and his would-be rivals, as the candidates launch (and end) campaigns and contend for voters. The film is punctuated with intimate interviews with these journalists, detailing the lives they put on pause back home. They bring their training and life perspectives to the job, while demonstrating what it takes to be a top political reporter in the arena.

“We are incredibly proud to partner with CNN Films to showcase these fearless and impressive female journalists as they navigate the unpredictability of life on the road during the unprecedented 2020 presidential primary,” HBO Max head of original content Sarah Aubrey said in a statement. “This is our first CNN Films documentary on the platform and a powerful representation of our commitment to create thought-provoking and deeply meaningful content together.”

“From the beginning, the content teams of HBO Max and CNN Films came together with a strong sense of shared mission,” CNN evp for talent and content development Amy Entelis added. “Katie Hinman and Toby Oppenheimer have made a remarkable film that offers a unique and compelling experience for the viewer, delivering on our goal to make high-quality documentaries for HBO Max.”

On the Trail: Inside the 2020 Primaries is an HBO Max original documentary produced by CNN Films and executive produced by Entelis, Katie Hinman, Toby Oppenheimer and Courtney Sexton.