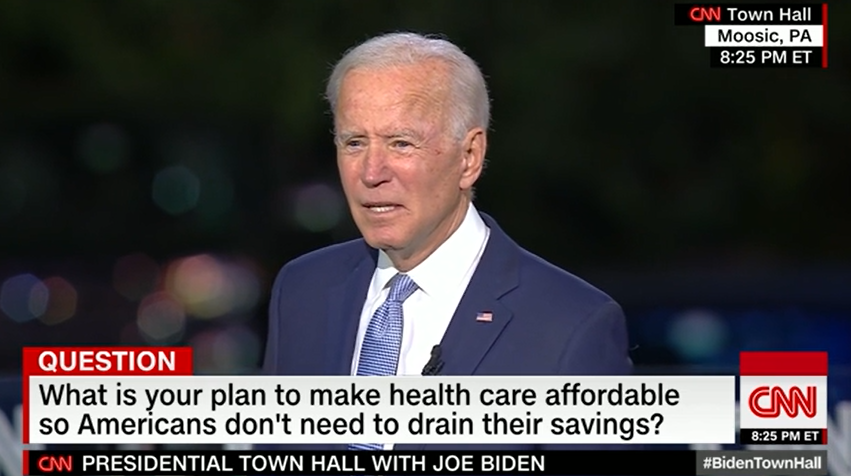 This is according to Fast National Nielsen data. Additional live-plus-same-day data will arrive later this afternoon/early evening, which should give CNN an additional bump.

How did CNN’s performance stack up against other cable news programming airing during the same time period? Fox News averaged 4.6 million total viewers and 774,000 adults 25-54 during the 8-9:15 p.m. ET time period, which featured the entirety of Tucker Carlson Tonight and the first quarter-hour of Hannity.

So, one should take that into account when sizing up these networks.

A significant chunk of Chris Hayes’ viewers likely changed the channel to CNN for one night to watch the Biden Town Hall during his time slot, and ratings were lower than usual. The network ended up averaging 2.05 million total viewers and 352,000 adults 25-54 from 8-9:15 p.m. MSNBC viewership skyrocketed beginning at 9:15 p.m. ET, after the CNN Town Hall ended, as Rachel Maddow came on air at that time. The network easily eclipsed 3 million viewers from 9:15-10 p.m. ET., but still finished behind CNN in adults 25-54 viewers.