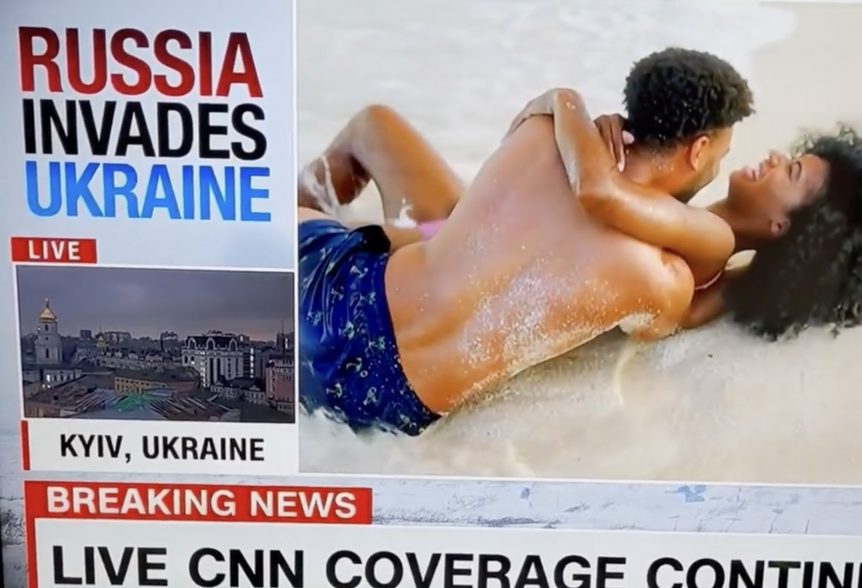 CNN has removed “squeezeback” ads from its ongoing coverage of Russia’s Ukraine invasion, after the jarring juxtaposition of carefree advertising messages alongside somber images of Ukraine under siege sparked an online outcry earlier in the day.

Several Twitter users began noticing that instead of cutting away for its advertising breaks as usual, CNN was running split-screen ads alongside its continuing coverage, which led to what we’ll charitably call mixed messaging. Those included an Applebee’s spot celebrating “a little bit of chicken fried” and “cold beer on a Friday night,” as well as an ad for Sandals Resorts, set to Bob Marley’s “Three Little Birds,” which includes the lyrics, “Don’t worry ‘bout a thing/Cause every little thing gonna be all right!”

Among those weighing in about the awkward ads was Keith Olbermann, who tweeted, “Death from the skies … sponsored by @applebees.”

Those spots will no longer be running, a WarnerMedia spokeperson told Adweek/TVNewser: “Squeezeback advertisements have been removed from the coverage.”

“Squeezeback” ads, which reduce the size of advertisement to allow content to run around it, have been used for years, as a way to keep audiences from changing the channel to view other coverage during ad breaks. But as today proved, they can also backfire under certain circumstances.