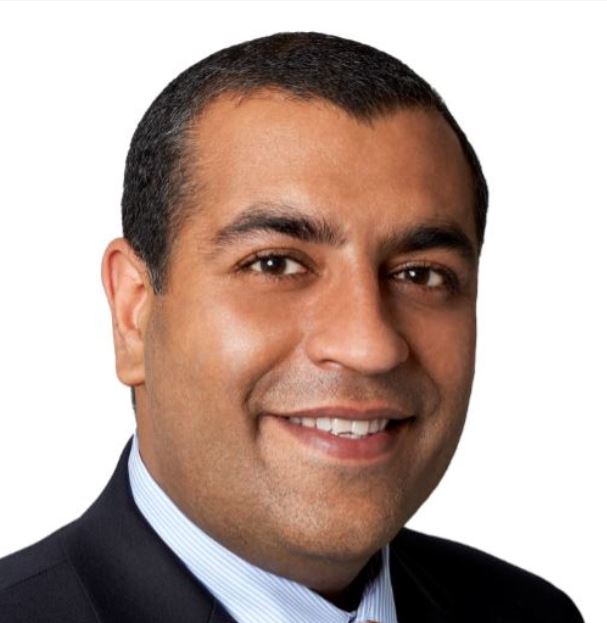 When Neeraj Khemlani joined CBS this past spring as the president and co-head of CBS News and Stations, he referred to the event as “a homecoming.” That’s because Khemlani spent a number of years as a highly-regarded producer on 60 Minutes before leaving to take on executive roles at other media companies, most recently Hearst Newspapers.

Khemlani is back, and he and president and co-head Wendy McMahon want to bring everyone and everything together. The network news and local stations now fall under one umbrella, and Khemlani is taking it to another level, bringing together a morning news franchise seven days a week, and creating an umbrella brand.

Starting today, CBS This Morning will now be known as CBS Mornings, and the weekday morning news program, specifically its second hour, will more closely resemble big sibling CBS Sunday Morning, the most-watched weekend morning show for the past 20 years. Also as of this morning, the show will relocate from Studio 47 at CBS News headquarters on West 57th Street to a new Times Square studio.

“We feel really good about this,” Khemlani told TVNewser of rebranding CTM to CBS Mornings. “We’re not changing who we are. We’re actually doing more of what we do best.”

And what CBS has done well, at least compared with its rivals, is delivering a “newsier” approach to weekday mornings. So, when CBS News announced former NFL player-turned-The NFL Today host, Nate Burleson would replace morning news mainstay Anthony Mason on the weekday morning show, many industry followers felt that “newsier” approach CBS hung its hat on might go away, and the program would more closely resemble GMA and Today. Because Burleson is clearly the next Michael Strahan, right?

Not necessarily: “Yes, he can talk sports, but his interests are wide and varied,” said Khemlani of Burleson. “He’s been writing poetry since he was a young child. He is into music, fashion, business. At one point, he even owned a restaurant. He’s a modern-day renaissance man, and I think he’s a once in a lifetime type of talent.”

TVNewser had a wide-ranging conversation with Khemlani late last week, and the executive discussed reimagining CBS News’ morning programming, the new studio, working with McMahon and his overall vision for CBS News.

TVNewser: Before I dive into CBS Mornings, what has been your biggest focus so far since stepping into role of president, and how are you and Wendy McMahon divvying up your duties?

Khemlani: I think, unlike any other sort of change in leadership in news, we’ve really benefited from [CBS president and CEO] George Cheeks’ vision of bringing the network with the stations and digital altogether. It’s an opportunity for us to find scale internally and connect the dots between the three divisions. It’s both opportunity and key focus for us right now in terms of bringing those divisions together. If you look at our backgrounds, Wendy comes from a long history of working in the stations business, and I started out in the network business, so we lean into our strengths, we respect each other’s purviews, and we both also started with CBS and left, and went off and did business operations and digital. We come together on digital, all the time.

It’s a very complementary relationship, and the great thing is that we both have the same long-term vision for what we’re trying to do. It’s really having a partner to sort of tackle different parts of the business at the same time but on the same roadmap.

Tell me about the morning show rebrand. Why now? This is something that has been in the works even before you came on-board, yes?

The start of the new season is always a good time. We’re starting in a new studio. The rebrand is really something that came about when we [Khemlani and McMahon] came in. Both of us were really looking at what the core elements of CBS News that we want to underline and sort of double down on. For me, having spent almost a decade at 60 Minutes, the idea around original reporting and exquisite storytelling is the single biggest differentiator of what we do compared to anybody else. When you look at that, where we do it well, we win. You have a producer base that knows how to do those extremely well at 60 Minutes, at CBS Sunday Morning, at 48 Hours and to be able to lean into our strength is a key part of our strategy.

Two: When you look at the idea of trying to cut through the clutter in today’s media world, bringing together a franchise seven days a week, and creating an umbrella brand and franchise is not only smart for linear, horizontally seven days a week, but also for streaming on a 360 basis; and programming mornings there too. So, this is something in which you have a confluence of a number of things coming together, but all of it pointing to what we do best.

Will CBS Mornings continue to embrace the newsier approach that has differentiated it from its morning rivals?

100%, that’s part of our CBS News DNA. The first hour will continue to be that focus on the hard news, and over the summer, we started trying some of the longer pieces. They go across the spectrum of hard news, hard news feature and feature.

Back during G7 [Summit] week, we did a piece with [CBS News senior foreign correspondent] Holly Williams in the Ukraine, in the trenches with the Ukrainian president, and talked about what that faceoff was like with the Ukraine and Russia. It was the No. 1 piece on the show that week.

A week or two later, [CBS News senior foreign correspondent] Charlie D’Agata did a piece about Afghan interpreters; a longer piece leaning into our original reporting, and exquisite storytelling. And guess what? No. 1 piece of the week.

This is not a theoretical thing. This is what our audience expects across all of the CBS News brands. When you’re armed with this experimentation on underlining that kind of reporting and storytelling, it just drives our conviction in the strategy. We feel really good about this. We’re not changing who we are, we’re actually doing more of what we do best.

Will the content or types of stories be different at all? It sounds like from what you said, it will stay consistent.

Yes, it’s about showcasing more of these kinds of pieces. Anthony Mason is our premier cultural reporter and we can unleash him now, not just on Saturdays and Sundays, but all week long. It’s really about, how do we bring together the [CBS News] family, and let people know that what they expect on other parts of the CBS News schedule now will also be included in the mornings.

How will you use the new Times Square studio to supplement the broadcast?

This studio is beautiful. There’s more space and there’s more settings for different kinds of storytelling, and more opportunities to do live interviews. You also have a lot of technology, LED screens, augmented reality capabilities, streaming live capabilities. The way I like to think about it is, a 21st century studio for a 21st century battle plan. 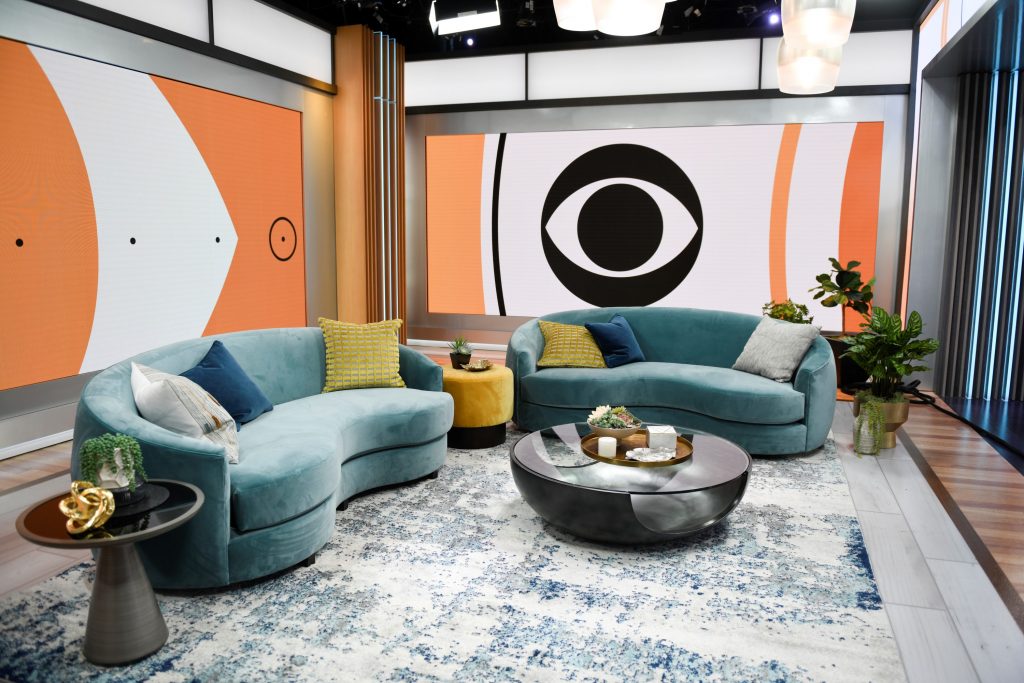 Other than the new studio, what will be the biggest changes we’ll see on-air?

You have a new team at the table with Nate Burleson. You have enormous experience, energy and range at that table. That drives the show. You have new graphics, you have new music and part of building and investing in franchise-building is to bring Monday to Sunday together. We will be releasing as a part of this a modern-day version of the iconic trumpet music that you hear on the Sunday show, just because Monday through Friday is a faster paced program.

You mentioned Nate Burleson. Tell me about the decision to bring Nate on board, and how you see him contributing to the broadcast.

Nate is somebody who can do a lot of different things. When he was doing stuff with the show [CBS This Morning], the energy and chemistry that he brought to the program was tremendous. When you talk to him, yes, he can talk sports, but his interests are wide and varied. He’s been writing poetry since he was a young child. He is into music, fashion, business. At one point, he even owned a restaurant. He’s a modern-day renaissance man, and I think he’s a once in a lifetime type of talent. He is not only going to be on CBS Mornings, but he’s also going to be on CBS Sports, and doing some stuff for Nickelodeon. Again, that’s another example of how many interests he has and talents he has. He’s a franchise player for the network, as well as CBS News. 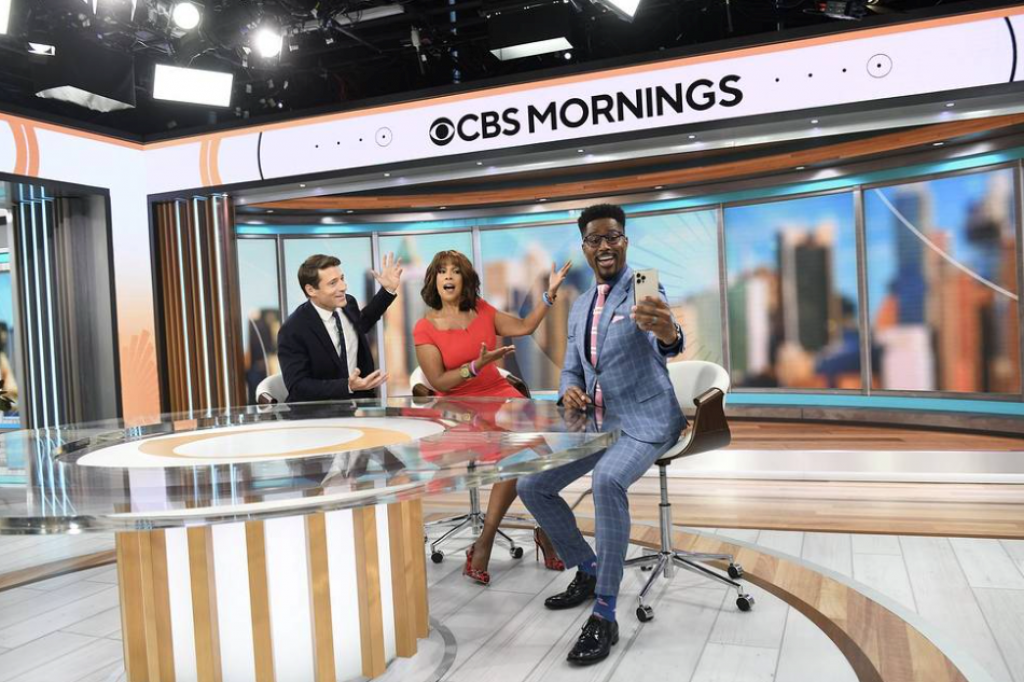