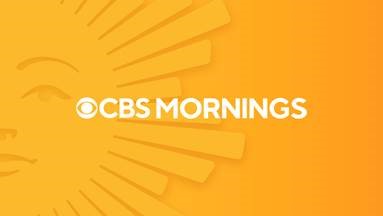 Beginning Sept. 7, CBS This Morning will be known as CBS Mornings, originating from its new studio in Times Square, it was announced Tuesday by CBS News and Stations president and co-head Neeraj Khemlani.

“All CBS News morning broadcasts will now be part of the same family, with a focus on original reporting and exquisite storytelling, connected by the sound of the iconic trumpet music and an ethos of optimism that carries all the way through to the sunshine logo itself,” Khemlani said in a statement. “We’re adding a little bit of CBS Sunday Morning– every morning – on CBS Mornings.”

CBS Mornings will resemble CBS Sunday Morning in a variety of ways, especially the 8 a.m. hour. That makes sense. After all, CBS Sunday Morning has been the dominant news program in its timeslot for two decades, and management hopes the Sunday Morning format will resonate with viewers on weekdays as it seeks to distinguish itself from the ABC and NBC morning competition.

In addition to presenting breaking news of the day, co-hosts Gayle King, Tony Dokoupil, and its newest member of the team, Nate Burleson, will deliver “the kind of unforgettable feature stories that have made CBS Sunday Morning beloved for generations,” says CBS News. The networks adds that three morning broadcasts – CBS Mornings, CBS Saturday Morning and CBS Sunday Morning – will share a similar look and editorial breadth. 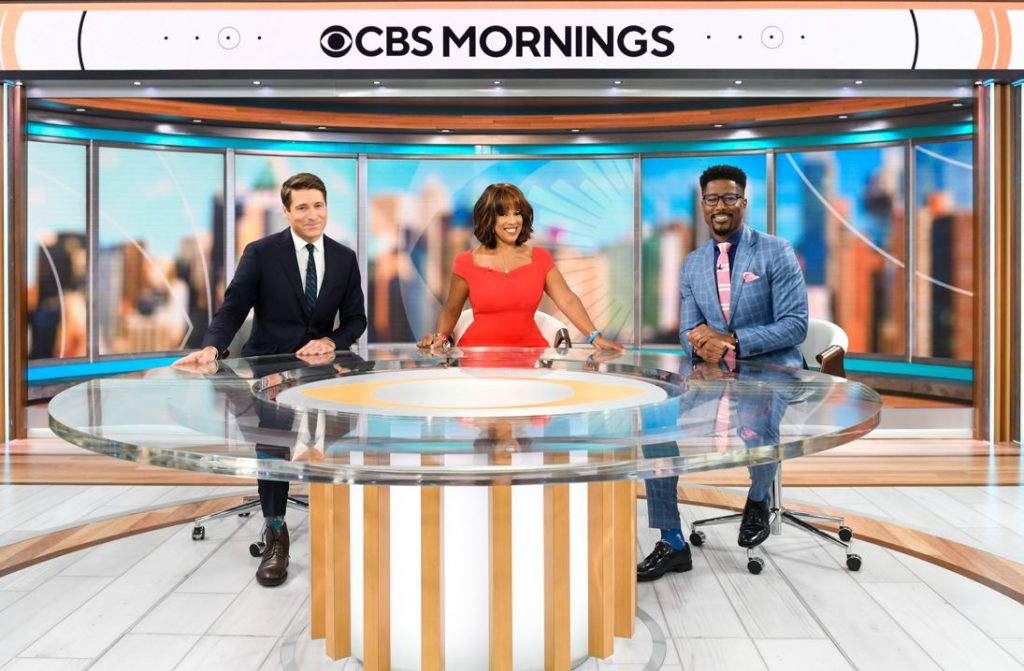 According to the network, like CBS This Morning, the 7 a.m. hour of CBS Mornings “builds on the strong foundation of news and smart conversation.” The 8 a.m. hour will feature “in-depth pieces, covering topics from news, sports, climate and technology to race, health, parenting and personal finance.”

While not a co-host, CBS This Morning correspondent Vlad Duthiers will remain a key member of the broadcast, hosting his regular What to Watch segment.

“The two hours the CBS Mornings team has every weekday is a gift. We get the chance to inform the audience with the most up-to-date information a person needs to start their day, as well as tell deeper stories that someone would want to watch at 7 a.m. or 7 p.m.,” CBS Mornings ep Shawna Thomas said in a statement. “CBS Mornings won’t shy away from complicated topics or uplifting moments. Come September, the energy of our new anchor team will bring all of this together to help viewers understand and engage with their world.”

“This is an exciting new chapter for CBS Saturday Morning. We are looking forward to taking the broadcast to the next level with a new, fresh look,” CBS Saturday Morning ep Brian Applegate said in a statement. “We’re going to keep giving the audience that unique mix of hard news and immersive feature reporting they’ve come to expect, along with our signature ‘Saturday Sessions’ music interviews and performances. Our broadcast will soar in the new, expansive space.”

Today, we are unveiling our new morning franchise, CBS MORNINGS, which launches Sept. 7 from its new studio in the ViacomCBS Headquarters building in Times Square, and will be co-hosted by Gayle King, Tony Dokoupil and the newest member of the team, Nate Burleson. The newly renamed CBS SATURDAY MORNING will move to the new studio on Sept. 18.

Marrying impactful journalism with exquisite storytelling, the new morning program continues to provide a hard news focus during the 7 AM hour with an expanded commitment to feature reporting in the 8 AM hour. Our goal is simple: bring together the best team of hosts, correspondents and producers to create a show that will leave viewers more informed, more prepared and more uplifted as they start their day.

The distinct advantage CBS News has had for years is the ability to tell rich stories on subjects rarely touched elsewhere. As viewers of CBS SUNDAY MORNING and CBS SATURDAY MORNING know well, the profiles and pieces on everything from fireflies to the father of the cell phone … to meaningful interviews with chefs and global artists … are among the most satisfying and original pieces on television.

As our weekday program has evolved to showcase more of this unforgettable style of reporting, we have decided to take the next step and tie all our morning franchises together. Moving forward, our morning shows will be part of the same family – with a shared look and editorial breadth – connected by the sound of the iconic trumpet music and sunshine logo. Essentially, we’re adding a little bit of CBS SUNDAY MORNING, every morning, on CBS MORNINGS.

The anchor tables are designed to bring experience, energy and range to the topics of the day, from Gayle, Tony and Nate on the weekdays, to Michelle Miller, Jeff Glor and Dana Jacobson on Saturdays and Jane Pauley on Sundays. Working with Shawna Thomas, Brian Applegate and Rand Morrison, as well as Renee Cullen, Rick Jefferson, Mitch Cardwell and dozens of producers, reporters, correspondents, engineers, editors and bookers, we are gearing up for a fall season like no other.

The media industry has taught us all that you can never stop evolving. We are thrilled today to be able to build on the strong foundation of our morning programs across the board, and deliver on every platform a fresh experience rooted in the deep reporting and storytelling that makes CBS News distinct.

We all understand how vital the morning daypart is in the news business. When viewers wake up to learn what has happened in Afghanistan or New Orleans, they are relying not just on our morning team, but on the reporting throughout this entire organization. There is no better example than this week’s coverage of Hurricane Ida. We are grateful to all of you for the effort to get the coverage on the air and for the sacrifices everyone made to make it happen.

Please join George, Wendy and me in thanking the morning teams on all of their hard work as we enter this inspiring next chapter.