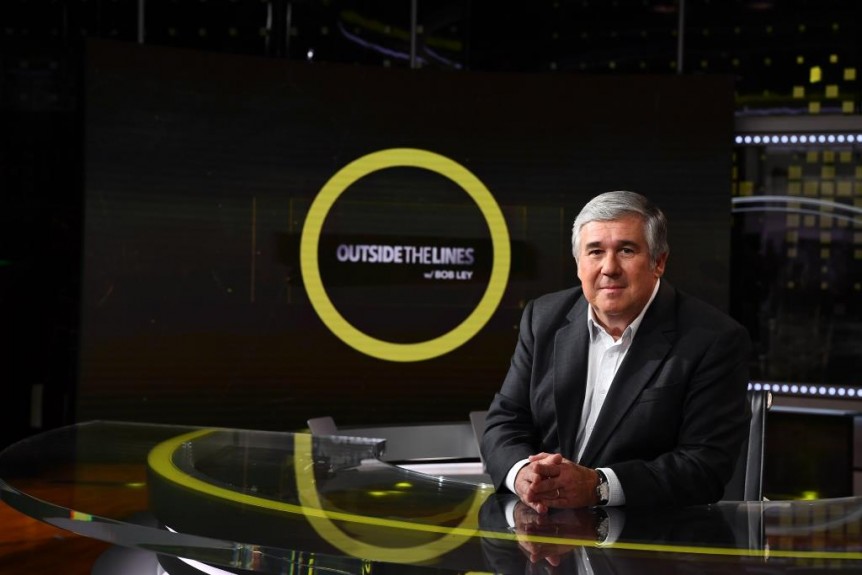 Longtime ESPN personality Bob Ley is taking a six-month sabbatical from all of his work at ESPN, which includes hosting the network’s daily investigative sports journalism program, Outside the Lines.

Beginning Oct. 1 I’ll be taking a six-month sabbatical from my @OTLonESPN duties. The idea of stepping back to re-charge is fully 100% mine, and one I’ve been considering for a while. I truly appreciate the company’s understanding and cooperation. -30

Jeremy Schaap, Ryan Smith and Kate Fagan will host the show in his absence.

The plan is for Ley to return on April 1, but he could potentially return to the network before then if something monumental in the sports world transpires (ie. a sports icon passes away and the network wants his commentary).

Ley started working at ESPN three days after the network launched in 1979, and has hosted OTL for 28 years. The program launched in 1990 as a monthly special. These days, it airs weekdays at 1 p.m. ET.

“Fearless journalism,” Ley has said of the program. “Honest and fair.”

Ley is also co-host of the network’s sports news magazine E:60, which airs on weekends. His co-host Jeremy Schaap will continue to host the program.

Former ESPN president John Skipper once referred to Ley as “nothing less than the Walter Cronkite of sports journalism.”

ESPN legend Chris Berman has referred to Ley has “our conscience.” The Ringer’s Bryan Curtis recently referred to Ley as “ESPN’s voice of record,” in a recent profile about the sports newser.

In his profile of Ley (a must-read for any sports or TV news fan), Curtis also writes about how Ley has changed his on-air style in recent years, a change which took a bit of convincing from his longtime producers:

In spring 2016, Andy Tennant, the executive producer of OTL and E:60, gave Ley a polite nudge. TV news anchors have changed, Tennant told him. Whether in cable news or sports, Voice of God is out. Anchors are funnier. Takier. A touch more casual. The news anchor’s mind is as much an attraction as the news itself. Tennant sent Ley clips of John Oliver and Jon Stewart, suggesting that Ley could do his own version of their monologues.

“People want to know what Bob has to say about something,” Sarosi said. “Convincing Bob of that was where we began.”

Ley wasn’t immediately convinced. “There was a lot of anxiety; there were a lot of dinners,” Tennant said. They polished off more than one bottle of red wine. “Being the voice of authority on the mountaintop—it gives the audience a certain sense of who you are and where you are,” said Schaap. “But it also provides a safety net. I can play this role and I don’t have to take risks.”

Ley told me he came around when he began to notice just how much TV had changed around him. The day before our lunch, Ley watched postgame coverage of the Donald Trump–Vladimir Putin summit. “Christ, just look at what everybody was saying after the press conference yesterday on hard-news shows,” Ley said. “They immediately reached for their adjectives.”

So Ley agreed to reach for a few adjectives, and ditch his tie, while fiercely guarding his journalistic soul. Now, Schaap said with a big smile, “He loves being more of a freewheeling Bob Ley.”

Trump may be a bogeyman that haunts ESPN, one that makes its executives weak-kneed and emboldens its most ludicrous critics. But Trump vs. the NFL has been a boon for Outside the Lines. “It’s been the full-employment act,” Ley said. “On Mondays during the NFL season, we looked at the numbers. The majority of the time, we would lift the number of the SportsCenter that handed us the show at 1 on a Monday. So much stuff was going on.”