NEXT:Jim Acosta: 'If You Stay on Fox, Infowars, Breitbart or Daily Caller, You'll See Something [Inflammatory] About Us. That’s What Supercharges Everyone'
PREVIOUS:Evening News Ratings: Week of Oct. 8 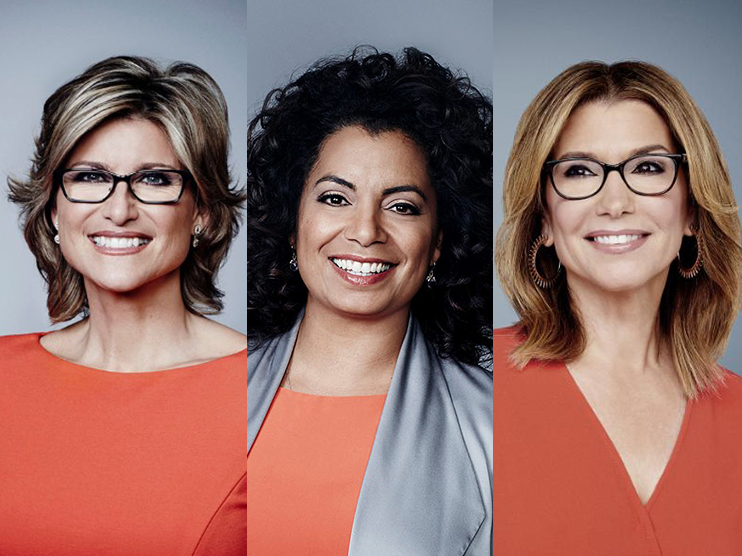 Since its return to its live news roots a couple years ago, HLN has touted its focus on domestic news stories without a 24/7 focus on politics.

Unfortunately for the CNN Worldwide-owned cable channel, 24/7 politics seems to be working for cable news in 2018, and that decision to mix up the stories, while noble, seems to be having a negative impact on ratings.

With that in mind, HLN has decided to end production of its live news programs that are based in New York and Los Angeles, which include Across America with Carol Costello, Michaela Pereira, and Crime & Justice with Ashleigh Banfield.

Yes, that means the three aforementioned TV newsers will depart the network as soon as the new schedule goes into effect, Monday, Oct. 29.

CNN Worldwide will move its resources for HLN from live news programming to original, taped programming and documentaries, which seem to be working for the channel. Instead of beginning at 8 p.m. ET on weekdays, the taped, original programming on weekdays will start at 3 p.m. ET.

Morning Express will then lead into a three-hour live edition of On the Story, which will be led by a rotation of HLN hosts.

Pereira, a former Los Angeles news anchor, announced in March 2016 she would leave CNN New Day and return to the West Coast. Her last day on CNN’s morning show was April 29, 2016, and her LA-based news program, Michaela, debuted on July 11, 2016.

Costello left CNN after 15 years as a dayside anchor to join HLN last year, and anchor Across America, which launched in August 2017.

When HLN ended S.E. Cupp‘s live news program, which had been struggling mightily in the 5 p.m. hour, the writing seemed to be on the wall.

I want to share some information about next steps at HLN.

The current cable news landscape is dominated by politics. Our live news shows have not benefitted from this trend given our story mix.  However, HLN’s longform programs have been performing very well.

In today’s news environment, every network has to focus on its strengths. To ensure HLN’s growth, we will shift some of our resources from live to longform programming and produce our live shows in as streamlined a manner as possible. The best way to do this is to centralize production of live news programming in Atlanta.

Beginning October 29, our live program schedule will be as follows: 6a-noon ET, an expanded “Morning Express with Robin Meade;” noon-3p “On the Story;” series, documentaries and other taped programming will start at 3p. “Weekend Express with Lynn Smith” hours remain 7a-noon.

As a result, we will no longer have live programs based in NY or LA.  It’s with deep regret that we will have to end production of “Across America with Carol Costello,” “Michaela” and “Crime & Justice with Ashleigh Banfield.”  I know that you will join me in thanking these incredibly talented journalists and their teams for their dedication and hard work.

We built a top-notch line-up of some of the best anchors and show teams in the industry, and we are proud of what we’ve accomplished together these past few years.