NEXT:Wednesday, July 8 Scoreboard: Tucker Carlson Tonight Was Most-Watched Program on All of TV in Prime Time
PREVIOUS:Black Sportscasters Discuss Why There Are So Few of Them Calling Play-by-Play 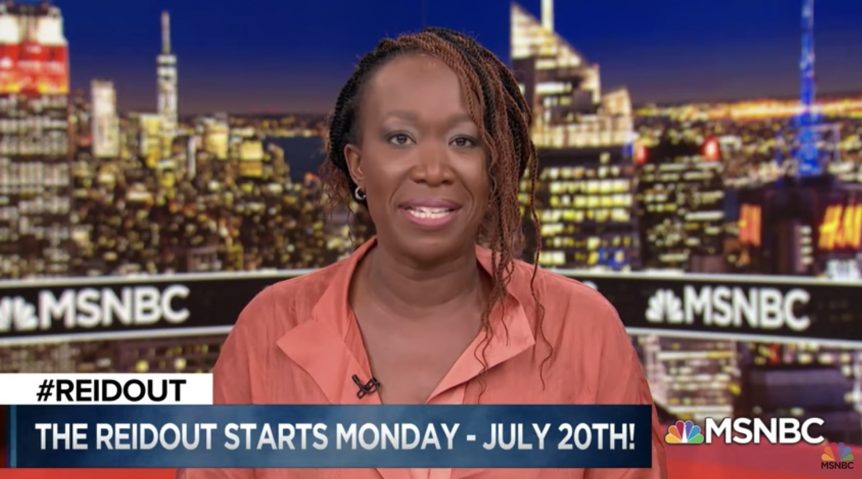 With Reid, the host of AM Joy, leaving weekend mornings for weekday prime time (no, she won’t be doing double duty), the network will need to find her replacement. This will be no easy feat considering AM Joy has been the network’s most-watched show on weekends in recent years.

Don’t panic, AM Joy fans. Reid won’t be bolting the mornings just yet. She’s hosting the program this weekend, and then for the final time on Saturday, July 18, giving her weekend morning viewers a little more time before they have to say goodbye.

After next weekend, MSNBC will feature a rotating group of hosts during the current AM Joy time slot—10 a.m.-12 p.m. ET—until a permanent decision is made in the fall.

The network doesn’t have a specific list of names in the mix at the moment, but the next permanent host will likely be someone who has filled in for Reid in the past, and not necessarily an outside hire. One recent AM Joy fill-in is Tiffany Cross. A political analyst and author, Cross previously served as the D.C. bureau chief for BET Networks, and she appeared on AM Joy a number of times. She served as a fill-in host for Reid on the July 4 and 5 broadcasts of the program.

We also hear Zerlina Maxwell is another candidate. She’s a frequent commentator on the network/Reid’s program, and the co-host of the SiriusXM radio show Signal Boost.

It is still unknown whether the replacement for AM Joy will be an opinion show or a straight news program.