NEXT:CBS News Chief Neeraj Khemlani on the CBS Mornings Rebrand: 'We're Not Changing Who We Are. We're Actually Doing More of What We Do Best'
PREVIOUS:José Díaz-Balart Is Returning to MSNBC to Host Weekdays at 10 AM 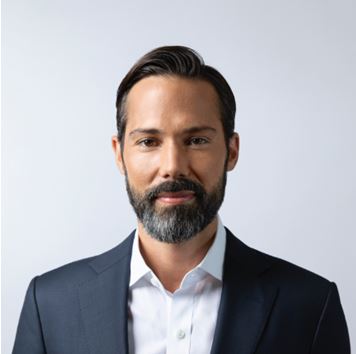 ABC News has finally found a new leader for its media relations and communications department, and it’s a face familiar to ABC News staffers and to those who cover the network.

Van Scott is leaving his role as Vice Media Group’s vp of communications after four months on the job, and returning to ABC News to lead the media relations team as vice president, communications.

Before joining Vice back in the spring, Scott served as ABC News’ director of communications, and was the media’s main contact for all things pertaining to ABC World News Tonight with David Muir and 20/20.

Now, in his new elevated role, Scott will be responsible for media relations and publicity strategies on behalf of all ABC News programming. In addition to WNT and 20/20 that, of course, includes Good Morning America, Nightline, GMA3, The View, Tamron Hall, This Week with George Stephanopoulos, as well as the audio and streaming news platforms—ABC News Live, ABC News Radio, ABCNews.com and satellite service NewsOne.

“We are delighted to welcome Van back to ABC News, where he previously left an indelible mark as a bright and innovative communications leader,” Godwin said in a statement. “We will benefit from Van’s gifted approach to delivering meaningful results during this moment in history when supplying timely, relevant news is more important than ever.”

Added Scott: “I am thrilled to return to ABC News during this exciting, new chapter for the No. 1 news network in the U.S. I look forward to working alongside Kim Godwin, Shannon Ryan and the remarkable communications team to shine a light on the journalism, the storytelling and all that’s great about this news division, including its world-class anchors, journalists and all of the people behind the scenes who are guiding our audience through some of the most pressing and challenging stories of our time. For the better part of a decade, the people, the work and the mission inspired me every day and it’s an honor to come home.”

Scott replaces his former boss Julie Townsend as the new leader of the ABC News PR team. Townsend, like Scott, left the company in April, and she is now at American Express serving as vp of communications for CPG.