NEXT:One Year In, Here's How Cesar Conde Is Making His Mark on the NBCUniversal News Group
PREVIOUS:Friday, April 23 Scoreboard: The Five Is No. 1 in Total Viewers and Adults 25-54 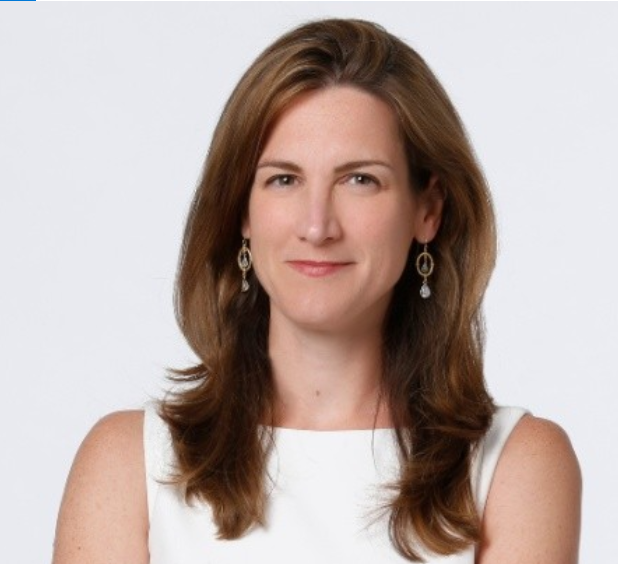 Townsend, the news division’s chief spokesperson, will be taking on a new role outside the media business, but the position has not yet been made public.

“I have accepted an exciting new opportunity outside news to lead global consumer communications at an iconic American company,” she said in a memo to staff.

Townsend will be with ABC News until May 14.

“Julie has been a steadfast and passionate champion of ABC News throughout her time here,” ABC News business affairs evp Derek Medina said in a staff email. “She’s helped launch new programs and strategic initiatives, celebrate every important milestone in the news division and been a trusted advisor to me and so many of us.”

Townsend re-joined ABC News as vp of communications in 2011 after stints at Emanate Public Relations and NBCUniversal. In her first stint at ABC News, beginning in 2001, she was PR coordinator for Nightline and This Week in Washington, D.C., before rising to the level of director.

The announcement of Townsend’s imminent departure comes nearly two weeks after CBS News evp Kim Godwin was named the next president of ABC News. Godwin joins the network next month.

Here’s the memo from Townsend, obtained by TVNewser:

As you know, I always prefer to keep the spotlight on others – ideally, your great work and the incredible, tireless journalism being done straight across ABC News.

But today I have news about me.  I have accepted an exciting new opportunity outside news to lead global consumer communications at an iconic American company.  I can’t tell you the details until it is officially announced, but I’m eager to just as soon as I can.

Working with all of you has been the most fun and most rewarding experience of my professional life.  This was not an easy decision to make, especially knowing a new president of ABC News will start in a few weeks.

But one of the things I’ve loved about working in news is the opportunity to learn new things – and now, after the last decade at ABC News and 14 at the company overall, I have the chance to learn a whole new business in an entirely different industry.  It was simply too good and fascinating an opportunity to pass up.

I’ll be here until May 14.  I will leave confident in this team to carry on just as you always have.  You are an amazing group of generous, smart, kind and creative PR professionals – and your good humor, dedication and optimism inspires me daily.  I know you will continue to do incredible work. I’m personally grateful to Shannon Ryan and to Zenia Mucha for their support and mentorship.  I have been so lucky to learn from the very best in all my time here.

I wish Kim and all our leaders great success in this next chapter in ABC News’s 75 year history.  I will always be a cheerleader and believer in ABC News’s mission, purpose and people – as a member of the team for a few more weeks and as a lifelong viewer, listener, reader and fan after that.

Four presidential elections, countless game-changing interviews and headline-grabbing exclusives, over 100 personnel announcements, nearly 200 Daily Reads, 2 kids, 1 dog, 2 cats and #1 in the mornings, daytime, evenings, late night, prime time, weekends, special events, overnights, radio, streaming, social and podcasts.  It has been my great honor to serve ABC News and to be part of this incredible team working so hard to deliver news and information people can trust and rely on.  Thank you for every minute of it.