ABC News Live supervising producer Justin Dial, a new staffer himself having joined just weeks ago from Vice News, has announced that Katie den Daas and Seni Tienabeso have both been named executive producers, while senior producer Cat McKenzie will take on an expanded role.

den Daas gets the promotion after having been ABC News Live’s managing editor. In her new role she will work closely with Dial to build out the overall direction of the platform and work on strategies to increase audience engagement. Katie will also help coordinate special events and breaking news.

Tienabeso gets promoted after a stint as a senior producer on World News Tonight with David Muir, where he often oversaw the evening newscast’s foreign and social justice stories and anchor producing the show when it would go on the road.

ABC News Live plans on going out in the field a lot, and the network believes Tienabeso’s experience out there will come in handy. He’ll also focus on building out ABC News Live’s prime time programming block, leading the teams that will be developing live shows between 7 p.m. and Midnight, in addition to taped programming.

Tienabeso started at ABC News more than a decade ago with NewsOne.

McKenzie has led the ABC News Live team and developed its talent since 2015. She’s helped produce ABC News Live’s live coverage including the Oscars, 2016 conventions, 2018 midterms and most recently, took the lead in the platform’s impeachment hearings coverage. 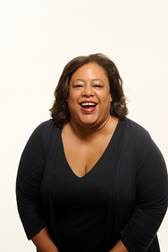