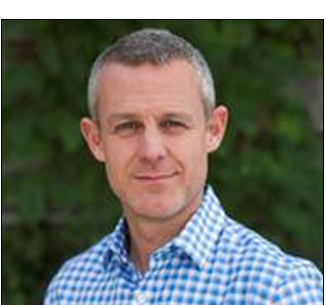 Another member of Vice News Tonight on HBO team is leaving to run a streaming news product.

This departure comes less than a week after VNT executive producer Madeleine Haeringer announced that she was returning to NBC News to run the network’s partnership with Jeffrey Katzenberg‘s Quibi.

According to ABC News president James Goldston, Dial will work with Colby Smith to build out the service’s editorial team across all dayparts, manage the programming, creative direction and design of the service, as it goes toe-to-toe with CBSN and NBC News Now. Dial, who helped create HBO’s award-winning nightly newscast, will also oversee ABC News Live coverage during breaking news and live events as well as original programs and specials.

Dial takes over for David Reiter, who played a key role in getting ABC News Live off the ground a year ago. Reiter is returning to the special events team full-time.

Dial will reportedly directly to Goldston.

The below is from a memo sent by the ABC News president to his staff, announcing the arrival of Dial:

Justin comes to us from VICE News Tonight on HBO where, as one of the founding members of the show, he helped create and develop the program as Supervising Producer of News. He managed the newsgathering operation and oversaw the daily reporting, writing and production of news content. Under his leadership, the VICE News Tonight team won four Emmys and a Peabody Award for its reporting on the violence in Charlottesville; as well as Emmys for their continuing coverage of Mosul, the war in Yemen, the Brett Kavanaugh confirmation hearings and families separated at the US-Mexico border.

Prior to VICE, Justin worked for CNN, NBC News, Bloomberg Television and Al Jazeera America. During his impressive career he produced war coverage from the frontlines of Afghanistan, was one of the first producers on the ground in Haiti immediately following the 2010 earthquake, covered the Kerry Campaign during the 2004 election and was based overseas in Doha, Qatar during the Iraq War. He was also a senior producer for CNN’s morning show for five years.

Justin joins ABC News Live at an exciting time. We’ve posted jobs for dozens of new positions and this year alone the channel has reached a monthly average of 5.5 million viewers and is growing rapidly. ABC News Live has featured a wide range of Democratic Debate coverage from every spin room, tested livestream capabilities on Hulu SVOD and produced special coverage from everything from the Oscars Red Carpet and World Pride to the Apollo 11 anniversary and Herndon Monument climb. Interviews with nearly every Democratic presidential candidate have aired on “The Briefing Room,” as well as countless press conferences, congressional hearings and interviews with voters discussing issues that matter most to them.

Justin is an exceptional leader with a talent for showcasing great journalism in new forms. I’m excited to see him expand ABC News Live’s programming and audience strategy and build on the incredible foundation that’s been set by Colby Smith, Katie Nelson, Katie den Daas, Kimberly Brooks, Cat McKenzie and Josh Ascher. Special thanks to David Reiter who was instrumental in getting ABC News Live off the ground a year ago. David is returning to the special events team full-time as we gear up for an historic election year.

Please join me in welcoming Justin to ABC News.