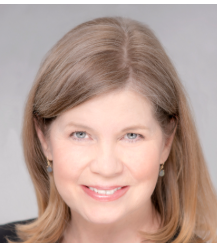 After all, Tygard had most recently been Zirinsky’s No. 2 on the legendary CBS crime magazine, and a producer on the program semi-continuously for 30 years, beginning in 1989. (Tygard left CBS for ABC News in 1997, before returning in 2002.)

There was (and is) really no one more qualified for the gig than Tygard.

So, with the season premiere airing this Saturday (a two-hour special about the Hollywood Ripper case), we spoke with the longtime CBS Newser about the past and future of 48 Hours, as well as what life is like at CBS News with her longtime colleague and friend now running the entire division.

This Q&A has been lightly edited and condensed for clarity purposes.

TVNewser: What can we expect from the upcoming season of 48 Hours?

Tygard: We’re very excited about the launch of this new season because we’re taking it in a fresher direction with even more original reporting.

We have a brand new graphic look and a new open. It’s like “the best of” 48 Hours. When you see it, you can’t look away. It’s really great. The music is by our composer Richard Fiocca. It’ll echo in your head, it’ll stay with you. It’s like, it’s something that really kind of sticks to your ribs, you’ll see the images and you’ll, you’ll feel the music. It kind of sets the tone for what we’re trying to achieve going forward, which is an extension of what we’ve been doing – our true crime brand.

48 Hours was the very first to go out with a network true crime show, and since then, our competitors have tried to copy us. But the thing that is always set us apart is our storytelling, and our journalism and our visual approach. So, this kind of pushes that further down the field.

You’ve been a producer on 48 Hours for decades. How has the show evolved (if at all) as audience viewing patterns have changed over these past several years?

I think that the way that the show is evolved is that we keep fine tuning, and honing our storytelling, which, honestly, I think is unparalleled. A lot of places, a lot of different platforms are offering true crime, but if you would do side by side comparisons of any other show, you can kind of see that we bring an art form to it. We really find a way to tell these stories and incredibly compelling page-turning kind of quality, for lack of a better way to describe it. And we also have a history here where we have definitely helped to get more of the wrongfully convicted people out of prison. We’ve helped get a lot of bad guys locked up. And we couldn’t stay on the air for as long as we have, if victims’ families didn’t really appreciate and thank us for the respect and reverence that we show to the loved ones that they’ve lost. While some of the true crime space I think is a little flip, we have always stayed very true to understanding the importance of the stories of the victims and the lives that have been lost.

When 48 Hours first launched, it seemed like the whole idea was that the first 48 hours after a crime is the most crucial to solving it. Now, the show is basically murder mystery. Do you have research you can share that CBS does (or that you have done on her own) that explains our fascination with crime?

I really cannot explain the fascination with crime except to say that I think it’s just it’s given how true crime is proliferated everywhere, and the fascination with it, it has to be something to be something primal. When we when we talk to people about why they enjoy watching 48 Hours, they always, first and foremost, say they like the twists and turns. They like the mystery of it, they like the satisfaction of knowing how it ends; how we take everybody through the investigation step by step by step.

Over time, it evolved and we realized that could give the audience a more interesting take if we follow things all the way through. You’re shooting for two days into two nights and nothing much of interest happens, you can’t really give the viewers have fully realized story. So, we started to extend the brand so that we could cover from sort of the moment the blood is wet, through the police investigation, through the trial so that everybody can kind of see how it ends, how the story ends. That’s what we hear over and over from our viewers. They just love the satisfaction of knowing if there was justice, it’s a bad guy got away with it, why somebody committed a crime. So that’s what we try to bring. We really try to make sure that when you join us, once you click on 48 Hours, you’re not going to go away until you see how it ends.

How is your management style different from that of “Z”? (Zirinsky’s nickname at CBS News)

Well, I delegate a bit more than Z. Let’s face it, she is a larger than life character, and she has the biggest size four and a half shoes that anyone would ever have to fill.

I was stepping into a job that is her trademark. This was her her space.

But I also grew up here. The one thing that differentiates my style from Z is that I started with 48 Hours in 1989, a couple of months in. It was it was it was very prophetic, because the very first 48 Hours I ever worked on on my life was was women doing time and it was behind the walls of Bedford Hills prison. So, it’s like everything was foretold in that in that one moment. That one was with [longtime 48 Hours correspondent] Erin Moriarty, and we happened to win an Emmy for that show the very first time out of the box. So, from the first moment I set foot at 48 Hours, that was my first story, and it kind of set up the trajectory for years to come.

I have always loved true crime. I know the folks who work here. I know how talented they are. Sometimes when new bosses have stepped in, they don’t know the strengths or the weaknesses of their staff, but I have known the people for years, and so working together I feel like we can always get to the best storytelling place where we want to be.

Also – my institutional knowledge of 48 Hours is even greater than Z’s. I met my husband here too! We were on a shoot in Los Angeles and had a map of the stars trying to find someone tell them this is before the internet before Map Quest; and we accidentally ended up in Sharon Tate‘s driveway. So I feel like all my steps with 48 Hours kind of led me to this chair. I’m sitting behind Z’s desk! She left me her physical desk; a good luck charm.

How has CBS News changed since Z took over earlier this year?

It has absolutely changed for the better. Unequivocally for the better. She’s bringing about change, and she has a style that’s very inclusive. She really listens. One of her greatest strengths is that she really knows how to listen. And so she kind of heard where people thought CBS could be doing a better job, and she has dedicated herself to fixing it.

Is there a specific case that stands out to you over your time on the program?

Most memorable case was the [1993] murder of a four year boy named named Derrick Robie. He was killed by a 14 year old by the name of Eric Smith. It was the first time that I had sat in a courtroom for the long trial. It was searing to hear the evidence in that case, and to see the very, very fine work of the police and the prosecutors and how the defense attorney worked hard to represent a very difficult client.

You could just kind of see all the whole prism of everything but the shattering impact on all sides from that crime. To this day, I’m still close with Derrick’s parents. When 48 Hours becomes attached to a story when we leave town, we don’t just say see you later. We stay with you.

As Tygard mentioned, the program gets a new look, beginning Saturday night.