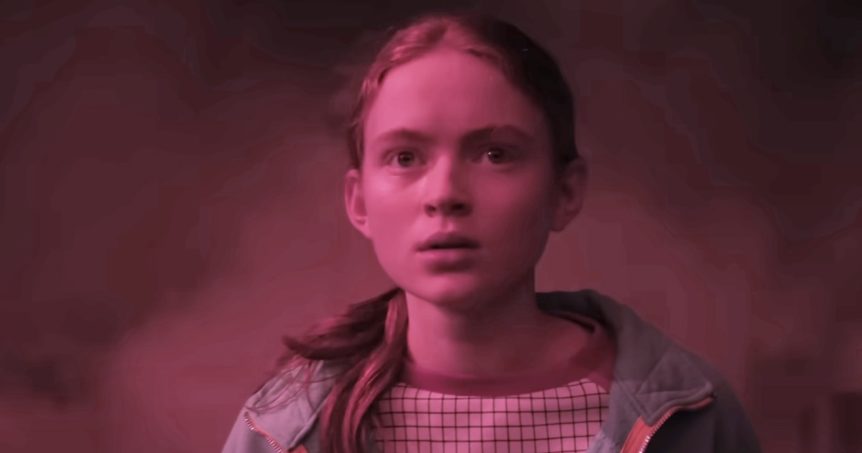 Although a lot happens in Stranger Things Season 4 Volume 1, the fourth episode, Dear Billy, is the one that’s heavily discussed.

The episode’s last scene gets most of the attention, which sees Max (Sadie Sink) escaping from Vecna’s Mind Lair as a rendition of Running Up That Hill by Kate Bush plays, leading to a massive resurgence in the song’s popularity.

So how exactly did that scene come together?

Sink and director Shawn Levy credit most of it to the visual effects.

Though the staircase, bloody floor and bodies were practical effects, the vines and falling objects as Max escapes were visual effects.

Sink shares Chrissy’s dead body didn’t look as good as it did in the finished product, but Vecna looked just as scary in real life as in the episode.

“It feels real. The stakes are really high,” Sink said. “It was not the easiest set to film on, but it looks amazing.”

From Kate Bush’s Running Up That Hill to the nightmare-inducing Mind Lair, Dear Billy is easily one of the most talked about episodes of Stranger Things ever.