NEXT:Prime Video Series The Summer I Turned Pretty Premieres June 17
PREVIOUS:Can Mike Myers Save the World in Netflix's The Pentaverate? 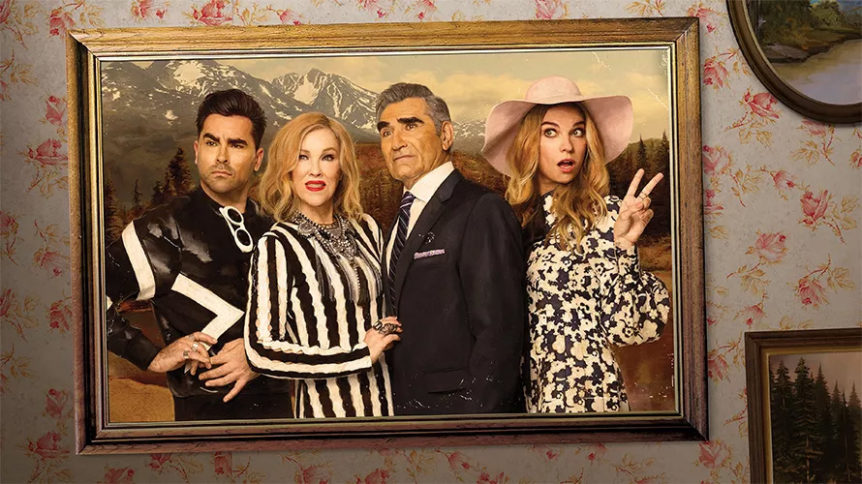 The Rose family has found a new U.S. streaming home. Hulu announced that all six seasons of Schitt’s Creek will be available to exclusively to their subscribers beginning on Oct. 3.

The Emmy-winning series, which aired on Pop TV, has streamed on Netflix until now, but it will be changing streaming services in the fall.

“Based on the number of Schitt’s Creek gifs we Slack every day, it’s no surprise that we are absolutely thrilled to welcome Johnny, Moira, Alexis, ‘Daviiid’ and the wonderfully unique residents of Schitt’s Creek to Hulu,” said Joe Earley, president of Hulu, in a statement. “We can’t wait to share the award-winning, blisteringly-funny, yet heartwarming series and characters with our subscribers. We know they’ll fit in nicely.”

Schitt’s Creek was created by Eugene Levy and his son Dan Levy that aired on Pop TV from 2015-2020. The series follows the wealthy Rose family, who lose their fortune after their business manager embezzles the family business. The Roses are forced to relocate to Schitt’s Creek, a small town they once purchased as a joke, and learn to adjust to a more modest lifestye.