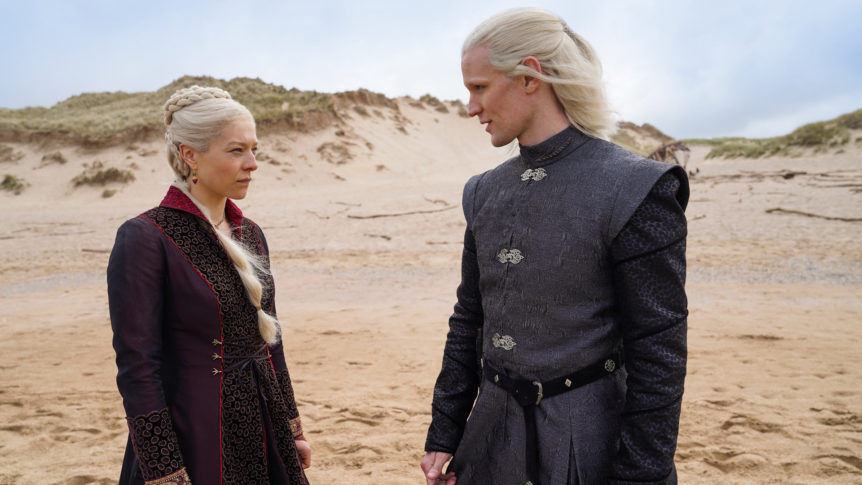 Game of Thrones prequel House of the Dragon will debut Sunday, Aug. 21 on HBO and HBO Max.

Based on George R.R. Martin’s Fire & Blood, the 10-episode drama is set 200 years before the events of Game of Thrones and tells the story of the powerful Targaryen family and a civil war that took place known as the Dance of the Dragons.

House of the Dragon will premiere just two weeks before the year’s other highly-anticipated new fantasy series: The Lord of the Rings: The Rings of Power, which arrives Sept. 2 on Prime Video.

Last year, multiple outlets reported HBO is developing several other Game of Thrones spin-offs. Entertainment Weekly reports the other projects in development include: The Sea Snake, which would follow Corlys Velaryon (aka the Sea Snake), the greatest seafarer in the history of Game of Thrones’ Seven Kingdoms; Ten Thousand Ships, which would follow Princess Nymeria, an ancestor of House Martell who founded Dorne; and an adaptation of Martin’s Tales of Dunk and Egg novellas, which would follow knight Ser Duncan the Tall (Dunk) and his squire (Egg)—who is destined to become King Aegon V. Targaryen.

There are also reports of a rumored Flea Bottom series, set in Flea Bottom, the King’s Landing slum featured in the original series, where the poorest residents of the Westeros capital live and a rumored animated Game of Thrones series.