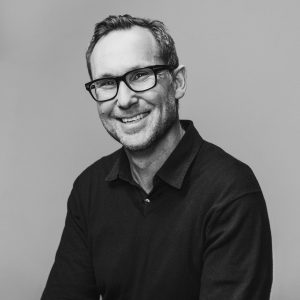 More changes are happening at Wunderman, and they’re not all about JWT.

For example, the network’s Seattle office—which has yet to officially add the Thompson to its name—hired Anthony Reeves as chief creative officer last month.

Reeves replaces formed CCO Craig Evans, who is leaving to pursue an unspecified opportunity after leading the team since 2012. He will report to Wunderman Seattle managing director Justin Marshall.

“I’ve been impressed with the relentlessly curious approach of the Wunderman team, and I’m excited to join Wunderman Seattle,” read Reeves’s statement. “While it’s great to be brand obsessed, the biggest take-away from my time at Amazon was being customer obsessed, and our goal at Wunderman Seattle is to spark customer-first moments in unexpected places that are successful for our clients.”

Reeves formerly served as global creative lead for Amazon’s in-house Amazon Media Group division. We never learned too much about their parting of ways last May since Amazon is famously secretive about both its own business and its agency partners. (For example, the company never confirmed that they had retained IPG for global media work in late 2017.)

But he followed by launching a consultancy called ReevesJones that included three partners and listed 11-50 employees on its LinkedIn page.

The incoming CCO also has a very interesting professional history that would seem to fit with Wunderman Thompson’s hybrid model. Prior to joining Amazon in 2016, he spent a little over a year as chief creative and marketing officer for luxury goods conglomerate LVMH. Before that he spent nearly three years with Moxie, rising to the level of CCO.

In the past he also held leadership roles at agencies including FCB, Rauxa, JWT and Clemenger BBDO in his native Australia, with a book of work for brands including Nike, Verizon, Brawny, Carnival, Wells Fargo, L’Oreal and Diageo.

In the meantime, if you’re interested in moving to Seattle, there’s an open listing for ECD and head of brand marketing at Amazon Web Services. But who scored the Prime Video global ECD gig?