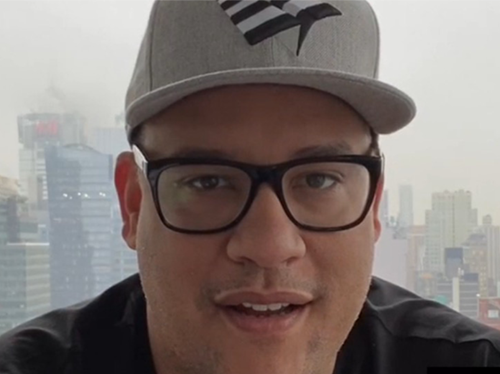 Doug Melville, chief diversity officer at TBWA\Chiat\Day, was part of a team that launched a set of diverse cover illustrations for classic books last week in partnership with Barnes & Noble and Random House. He was motivated by a desire to help children of color relate to titles being assigned in school. The covers featured characters like Frankenstein and Alice in Wonderland reimagined as children from various racial backgrounds, commissioned by a diverse group of illustrators.

He couldn’t have predicted what happened next.

The #DiverseEditions, pegged to Black History Month, was an instant PR failure. Outcry on social media called the idea “literary blackface,” pandering and labeled the AI as a “find and replace race” mistake. Black writers and advocates questioned the reasoning behind reimagining the work of white authors—some who had expressed racist ideas in real life—rather than highlighting literary classics written by people of color.

Many assumed there were no people of color involved in the project, which is an incorrect assumption. Not only did the idea come from Melville, but people of color were also on the teams at Penguin Random House and Barnes & Noble as well, according to a TBWA source.

Barnes & Noble pulled the initiative and issued an apology. TBWA released a similarly humbled statement saying, “The covers were never intended to be a substitute for black voices or writers of color, whose work and voices need to be heard.”

The Diverse Editions event at our @BNFifthAvenue location originally scheduled for this evening has been cancelled. Please see our statement: pic.twitter.com/jGquff9MyM

On Thursday, Melville posted a live video on LinkedIn (click link to view), speaking frankly about the intentions behind #DiverseEditions, about the media and public’s reactions and about the challenges of diversity and inclusion work in advertising.

When he’s not busy traveling or putting out fires, Melville hosts a casual video series on LinkedIn called Daily Diversity News. On Thursday’s show, Melville started with an anecdote from his own childhood, where he attended a predominantly white school in Connecticut, and the alienation he felt due to the books he was assigned.

Melville said his mother had an idea and gave him an interactive assignment of sorts to boost his interest in classic books. He would take a part of the story and draw a picture of it, and she would hang the images on the wall. He said he “never forgot that moment” when he was first able to actually connect with classic literature.

Black, Latino and Native American children face barriers in education that lead to lower reading proficiency scores. In 2017, according to the biannual National Assessment of Educational Progress, black students in eighth and 12th grades scored lower on reading than any other racial group.

When Melville read data on reading scores, he had an idea. What if the covers on the books being assigned to kids in schools were different? What if black and brown kids could see themselves in the classics, whether that be Moby Dick or Romeo and Juliet?

“I wanted to come up with an idea to encourage children to read,” Melville said in Thursday’s video. “So the context of #DiverseEditions was to, number one, bring awareness to the lack of diversity in the publishing industry. And number two was to encourage children and young adults to read and also give a tool to parents. Because a lot of parents of color cannot find a lot of relatability with these white canon books that we are required to read.”

The first step for #DiverseEditions, Melville said, was to run some classic titles through an artificial intelligence program to see whether the protagonists in the story were ever described as white. For books in which the main character has no stated race, the covers would be redone to show black and brown interpretations.

As soon as the project was announced, it was canceled by Twitter.

“Because these are fiction books and because reading these books is to inspire the imagination, allowing people of color to be the protagonist or the star of the book was a bridge to encourage people to use and read and pick up and retain the books,” explained Melville on Thursday, adding that “thousands of requests” for the diverse editions came in from schools, libraries and consumers before the project was canceled.

Frustration aside, Melville said he read and understood the online comments criticizing the project and hopes to “use this as an opportunity to build community, particularly to encourage young students to get engaged with books.”

This story was written by Mary Emily O’Hara