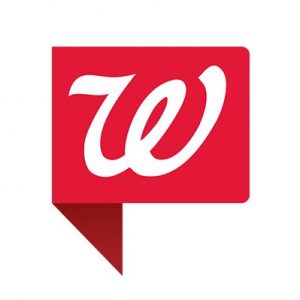 Pharmaceutical holding company Walgreens Boots Alliance has completed a move that shifts its considerable U.S.-based business around within the WPP network.

According to multiple parties with direct knowledge of the matter, Grey has lost the vast majority of the account it won in 2017 as the client chose the Chicago offices of Ogilvy and VMLY&R to handle lead creative and digital duties.

The New York-based will, however, retain a portion of the business in a B2B capacity.

This move took place without a review, and it has been in the works for some time as we first began receiving tips way back in February. The effects truly took hold this month, however, as a couple of parties confirmed that Grey parted with a very small number of people who worked on the account last week.

Coincidentally, Walgreens hired a new CMO last December in Vineet Mehra, formerly of Ancestry and Johnson & Johnson. The shift began very soon after his appointment, and according to our sources its primary purpose was to move the brand’s marketing operations closer to its headquarters in the Chicago suburb of Deerfield, Illinois. Mehra was also recently named Chair of Effie Worldwide’s Board of Directors, set to begin his tenure on July 1.

“We don’t comment on specifics around our agency partners,” said a Walgreens spokesperson. “We have a strong relationship with WPP and will be continuing to work closely with their network of global agencies.”

Representatives for WPP, Grey, Ogilvy, and VMLY&R declined to comment.

Walgreens, which is the largest pharmacy chain in the U.S., has seen its stock price drop approximately 40% over the past six months thanks to the same market forces roiling other retail brands: shaky international trade and a decline in foot traffic that corresponds with the growing influence of Amazon in every sector. When WPP scored the big win more than two years ago (GSD&M had been creative AOR in the U.S.), the brand spent a reported $600 million on paid media globally.

Kantar Media has Walgreens’ 2018 budget within the U.S. at just under $259 million, a slight increase over the previous year. During the first quarter of 2019, it spent around $70 million.

Here is Grey’s latest spot, in which the agency and production partner Tool highlighted the damage that UV rays can do to the skin by using UV imaging to reveal skin marks (including those from sun exposure) that are not visible to the naked eye.

The work is similar to another recent effort focusing on cancer survivors. At the time, critics noted that Walgreens sells more tobacco to young Americans than any other pharmacy chain. Tobacco exposure has been known to damage the skin as well as the teeth, lungs, throat, and nearly every other body part.