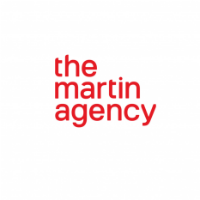 The Martin Agency’s woes continued this morning as The Wall Street Journal reporter Suzanne Vranica published a story including more details of the allegations against now-former CCO Joe Alexander and others.

Following the story that initially ran in Adweek just under a week ago, Vranica spoke to several current and former employees regarding the events that led up to Alexander’s ouster and the hiring of Kristen Cavallo as CEO.

Of course you should read the whole story (and subscribe to the WSJ). But there are two key sections that add to the narrative. The first holds that Martin Agency staffers remained in the dark about the matter until the Adweek story ran:

It was only three days later, after a report published by Adweek detailed former employees’ accusations that Mr. Alexander engaged in an alleged pattern of harassment, that the agency said Mr. Alexander​’s exit was the agency’s decision and called his alleged improper behavior inexcusable.

The way the agency handled the abrupt exit of its creative star didn’t sit well with many employees. “Hollywood and the government are being transparent. Why can’t we be transparent?” someone had asked at the all-hands meeting, according to people who attended.

According to a tweet from Martin SVP, director of first impressions Kathy Snead, a group of employees gathered last Friday morning to voice their discontent with agency leadership.

It’s been hard to feel anything but heartbreak & disgust this week. But I’m so grateful for my fellow TMA employees committed to putting in the work necessary for US to create an agency culture that’s truly reflective of OUR values. #NotMyMartin https://t.co/4iHCRTXSfu

We received information regarding the #NotMyMartin protest last week but could not confirm that it occurred as described.

In terms of the accusations made against Alexander, the WSJ story presented more information about the 2013 settlement involving a female copywriter as well as a detailed report of an incident in which he allegedly assaulted former art director Carolyn McGeorge in the early 1990s.

It also included the following line:

“Sexual harassment allegations were made against two other creative executives during the Martin Agency’s investigation, according to a person familiar with the matter.”

Several things are unclear at this time: which creatives that sentence refers to; which female employee brought the final claims against Alexander last month; whether CEO Matt Williams and president, COO Beth Rilee-Kelley will retain their roles within the IPG network.