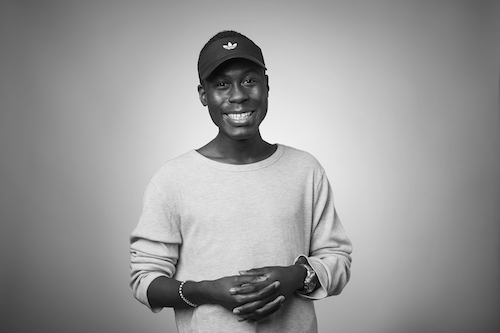 The Martin Agency added to its year-old talent and culture department with the hire of Abu Ngauja as talent engagement and inclusion specialist.

In the role, which Ngauja shaped and titled, he will focus on diversity and inclusion, leading new change programs at The Martin Agency, and has already begun growing existing efforts around internal communications and mental health awareness.

“Abu’s role is our voice, and we take that quite seriously,” chief culture officer Carmina Drummond said in a statement. “Everything he does is to make sure our people are seen and heard. He’s challenging us as an organization to be bolder and better from the inside out.”

The agency promoted 20-year-veteran Drummond last March and then named Kelsey Larus, who formerly worked for both President Barack Obama and the Democratic National Convention, to launch and the new department three months later. At the time, they positioned it as a way to drive “change and progress” as the agency looked to move beyond controversies focused on the December 2017 departure of now-former CCO Joe Alexander.

Ngauja joined The Martin Agency following a sabbatical and said in a statement that it was equal parts “happy accident” and “serendipity” that he landed in this role. He was not originally looking for a job at the agency, and The Martin Agency was initially considering him for a different position.

Before his sabbatical, Ngauja spent nearly two years with VB+P in roles as diversity and inclusion manager, senior brand manager and brand supervisor, working with brands including Audi, 23andMe, PlayStation, Reebok and Vue. Prior to joining VB+P in 2016 he spent nearly two years in account executive roles at Leo Burnett Chicago, working with McDonald’s while also serving as multicultural resource employee co-chair.

“For Martin to really be a cultural impact maker, we have to be acutely aware of the part identity plays within the individual,” Ngauja explained in  a statement. “We have to be aware of who we are as unique people, and then as an agency; where our blind spots are and when we assume; and how we can bring more grace and empathy toward how we approach our work and clients and each other—my job is fueling our people with new purpose and intention.”

“We’re at step one,” he added. “It’s okay to not have all the answers and have a messy start; most organizations stall because they allow internal fears to derail meaningful change. That won’t be us.”