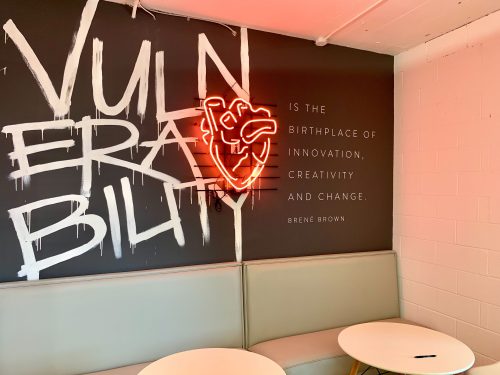 Santa Rosa, California-based agency The Engine Is Red is expanding to the crowded Twin Cities with the opening of its second office in Minneapolis today.

“Creativity thrives in places where culture runs rampant, and Minneapolis has long been a cultural icon – whether you’re talking about music and art, food, politics, sports – there’s a confidence and momentum in Minnesota we’re excited to tap into,” The Engine Is Red founder and president Chris Denny said, also citing “market timing” and the city’s large talent pool as reasons for selecting Minneapolis.

The Engine Is Red works with clients including Tesla, Kendall-Jackson, Credit Karma, PG&E, Medtronic, Guide Dogs for the Blind, Rombauer Vineyards, Swinerton Builders and Fetzer Vineyards. Among the distinctive aspects of the agency’s model is its practice of charging clients a daily rate rather than the typical contractually-based fees. That’s something that may help it stand out in a city crowded with agencies.

The office opens with five employees and anticipates adding another ten within its first two years en route to the Minneapolis office eventually overtaking its original office in size.

“Santa Rosa is just outside of San Francisco, a great market for creativity but one that drives everyday costs so high it makes building an agency that’s not gouging clients really hard,” Denny explained. “Minneapolis has the right balance of clients and talent we’ll need to scale, that there was no better choice for this phase of our growth.”

The Minneapolis will be led by Mitch Kelly as lead creative director. Kelly joined The Engine Is Red back in November of 2012 as a creative director, following nearly eight years with Mayer as an art director and event producer.

Denny called Kelly “a die-hard Minnesotan” who has been a “foundational leader on our team for the past seven years.”

“So he knows the history and transformation we’ve been through, and seen first hand how that transformation has helped our clients,” he added. “He’s also led many of our most successful, highest profile projects – the ones that we point to as evidence there’s a much better way to do things. There’s really no one better to lead this office. ”

Denny said that office is currently involved in new business pitches for an expanding wine brand, a cannabis startup and a “life sciences pursuit,” none of which are Minneapolis-based brands.

“We are just beginning to deepen our connection to the creative and
brand communities here in the Twin Cities,” he added.

Regarding future expansion, he said that the agency is negotiating to potentially acquire a packaging design farm, while eyeing potential locations in the southeast and southern California for a third studio.