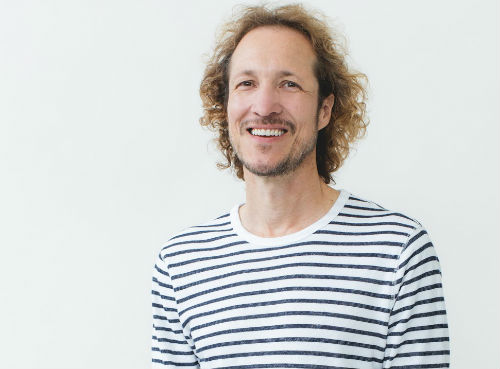 He replaces Cat Hyland in the role, who left Swift along with vp of creative Ted Zahn back in March.

“Don has everything we were looking for in a creative leader: incredible experience, outstanding conceptual ability and an ease with building lasting relationships both internally and with clients,” Swift CEO and co-founder Liz Valentine said in a statement. “As our new ECD, Don will help draw out the best in our creative team, embolden us to take more risks, and propel us into new territory.”

According to a press release, Shelford was attracted to Swift’s client roster and social media expertise.

“More and more there are opportunities to stretch into so many different arenas. Social is no longer just a channel, it’s a behavior. And it’s one that marketers are putting more money into as they evolve how to connect with their audiences, whose expectations for brands are only increasing. Swift’s deep foundation in social is something I’m excited to build on, getting bold, extensive ideas into mediums beyond people’s phones,” Shelford said in a statement. “The bar for brands is so high, they have to be better and more original to stand apart from consumer creators, who all have so much technology in their hands. In turn, we’re seeing the standards for broadcast and experiential bleeding into social, and that’s exciting to me.”

Shelford arrives at Swift following over a year as a freelancer, including with W+K Portland, after leaving his position as a group creative director at Droga5 to move to the West Coast to spend more time with family last March. He spent over two and a half years with Droga5, working with clients including CoverGirl,CNBC, MailChimp, The New Museum, Brady Campaign to Prevent Gun Violence and CoverGirl. Prior to that he spent around four years as a creative director with W+K Portland, working with clients including Nike, Powerade, Target and Levi’s, before leaving for an earlier freelance stint. He’s also a veteran of W+K Amsterdam, GS&P and Arnold. Over the course of his career, his work has been awarded numerous awards, including the Grand Prix at Cannes, the Grand Prize at the Andy Awards and recognition at The Clio Awards, The One Show, D&AD and The AICP.

Swift chief production officer Marni Beardsley, who worked with Shelford at W+K over a decade ago, recruited him for the executive creative director role.

“Don looks at work from unexpected angles and sees endless creative possibilities in any situation,” she said in a statement. “Nothing scares him so he is relentless about furthering the work—which he does in the most positive, inspiring way. He has an uncanny ability to hone in on people’s undiscovered strengths, motivate them, and help them create their best work. I’m beyond thrilled to be working with him again.”