NEXT:Canadian Indie Shop Rethink Will Bet the Bank Against Your Agency Holding Company
PREVIOUS:Zulu Alpha Kilo Knows How Much the Pitch Process Sucks 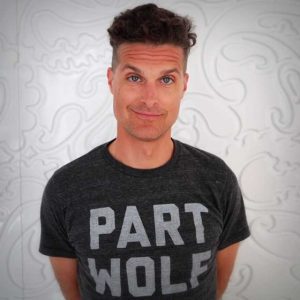 It’s always a little sad when an independent agency dies.

This summer, Seattle-based Wexley School For Girls closed its doors after 15 years in business, but it is now finding new life, in a way, at nearby DNA.

That shop, which also offers indie creative services, has hired a string of former Wexley executives to fill its ranks–most recently former Wexley partner and architecture veteran Gabe Hajiani, who joins as head of creation and content.

Among the projects Hajianji worked on during his Wexley tenure was an 11-foot bronze statue of a runner built for client Brooks. He will now be part of DNA’s management team and run its just-launched production studio.

DNA president and chief growth officer Chris Witherspoon said his agency is “creating new ways for consumers to experience our client’s brands that extend beyond more traditional models of communication,” citing the new executive’s “deep skills in making and building brand experiences that leverages his background as an architect, sculptor and marketer.”

Over the summer, DNA expanded its creative team by hiring talent away from several agencies including Vitro and Rokkan and signed Christine Wise as chief strategy officer after she spent nearly a decade at Wexley.

“As we looked at celebrating our 20th year, we saw an opportunity to accelerate our growth and offering by bringing in seasoned talent with different skill sets, to bring new ideas to our growing list of clients,” read a statement from CEO Alan Brown. “We are fortunate that our independence and culture is a magnet for like-minded creative individuals who chose DNA as their next home.”