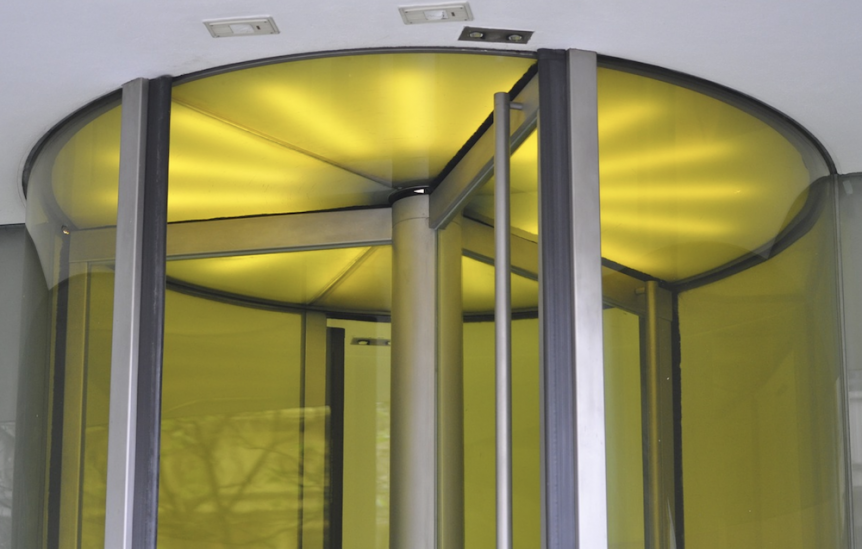 Christmas ads are in heavy rotation already, so even if you find tinsel distracting, you have no choice but to get in the mood for the holidays. Why not warm up to the season by reading about the latest agency new hires, promotions, client wins and product launches? While there’s no direct correlation between the revolving door and contentment with the holidays, it really couldn’t hurt, especially if you peruse the list below with a steamy mug of cocoa.

Digital strategy agency Alloy has hired Dr. Rose Smith as director of strategy. In the role, Dr. Smith will lead all of Alloy’s strategy efforts.

Advertising agency Bernstein-Rein (BR) welcomed a new client partner to its company roster. Regional discount furniture brand, Weekends Only Furniture & Mattress, appointed BR its advertising and marketing Agency of Record (AOR), without a review. The decision comes after BR and Weekends Only collaborated on numerous projects over the past six-months. The partnership will be led out of the agency’s Kansas City headquarters and work will begin immediately.

Denver agency Cactus has been selected as the agency of record for the North Carolina Education Lottery. As the lead creative agency, Cactus will focus on integrated strategy, creative development and production for campaigns utilizing traditional broadcast, digital, social media and point-of-sale.

Branding and creative agency Circus Maximus has hired Alberto Quintero as executive creative director and Meghan Cermack as director of account services. The hires coincide with the promotion of Ashley Richardson-George to chief content officer and partner.

Richardson-George joined Circus Maximus in 2018 as director of content strategy. In her new role she will own the content strategy, oversee brand definition and coordinate with the creative team to create relevant content for the agency’s clients.

Marketing and agency vet Mishy Cass is returning to the advertising agency side, joining DNA as creative director. She was most recently at REI as a group creative director, helping build its internal agency and expanding its “#OptOutside” brand campaign. Over the course of her career, Mishy has worked at such agencies as WONGDOODY, Razorfish, Publicis and others where she created such legendary campaigns as the launch of Amazon’s Fire Stick with Gary Busey.

Anthony Reeves will be joining Essence as president, global client partner, working with clients to further integrate the agency’s practice areas of data, analytics, media strategy and creative. He will lead engagement across a small portfolio of Essence’s global clients.

Reeves comes to Essence after serving as managing partner at Courageous, consulting with Amazon, J&J, Hasbro and other Fortune 200 companies across strategy, brand, creative and platform activation. Prior to his recent consulting work, Reeves was chief creative officer at Wunderman Thompson Seattle.

As part of the deal, Finn also acquires Maverick Creative, Hawkins International’s 10-person affiliate agency specializing in creative communications for travel and lifestyle clients. Maverick will retain its current branding and operations will continue under managing director Catherine Colford, while expanding to the UK.

Finn Partners has also been chosen to lead communications efforts for Bolthouse Farms. The Many was chosen by Bolthouse to lead its marketing efforts.

As the creator economy continues to expand, inKlout has launched as a turnkey incubator for influencers who want to develop and market signature product lines and expand their personal brands. Leveraging the network of Advantage Solutions’ marketing agencies, inKlout brings expertise in product sourcing and supply chain dynamics, branding, packaging, digital marketing, ecommerce, media and retail marketing to the influencer community.

Global brand experience agency Jack Morton has appointed Martyn Clarkson as the agency’s first-ever evp, global head of strategy. In this newly created role, Clarkson will be responsible for driving the agency’s strategic vision as well as evaluating its products and processes across the network.

Prior to joining Jack Morton, Clarkson was svp, head of strategy for George P. Johnson. He also served as vp, strategic planning at Momentum Worldwide, and as svp, strategy and account planning at Leo Burnett.

Design and experience agency Jam3 has doubled its size since December and added over 70 new team members since January. New business wins include Pepsi, TikTok, Sonos and Zalando.

Cincinnati-based chili parlor Gold Star has tapped full-service agency Marcus Thomas to lead its brand repositioning and new campaign. The essence of the rebrand revolves around acceptance, inclusivity, authenticity and being unapologetically Gold Star. To honor the history of the brand being founded by four immigrant brothers and the current CEO being one of the brother’s sons, Marcus Thomas created a manifesto that encapsulates the feeling of pride that the brothers had in their recipe.

Agency Mason has promoted Derek Beere to vice president and director. Beere will play an increasing role in the recruitment and management of agency clients, including new business development, strategic planning, campaign design and program implementation.

Beere, who joined the agency in 2002, will continue in his previous roles as director of public relations and managing the agency’s social media practice.

Media Matters Worldwide (MMWW), an independent media agency, was named media agency of record for Glassdoor, a leader on insights about jobs and companies. The women-owned and women-led agency will be responsible for Glassdoor’s omnichannel strategy, communications planning, analytics and data visualization.

Mojo Supermarket has added Tasha Cronin as head of production, Autumn Maison as dean; and Hannah Benabdallah as head of communications.

After four years of building and guiding the in-house creative team at Spotify, Maison joins Mojo Supermarket as dean, where she’ll work toward creating and guiding a new team at the agency.

Cronin will lead the growth of the production department. Prior to Mojo, she spent nearly seven years with Droga5, overseeing a team of interactive and experiential producers and spearheading innovation. She also spent time at Google, Cole & Weber, as well as independent film studio Samuel Goldwyn Films.

Benabdallah will work alongside the leadership team to help shape and tell the Mojo Supermarket story. Prior to Mojo, Benabdallah served as global communications director at Vice Media Group.

Shoval was formerly a vice president, group manager of influencer marketing and strategy at Ketchum, where she helped establish their influencer team. Before that, she was responsible for business and client development for Izea, a platform that connects influencers with brands for partnerships.

Shift Communications is joining Padilla as one of its operating brands, bringing the combined agency to about $55 million in revenue and 240 employees across seven U.S. offices.

The Paley Center for Media, a nonprofit dedicated to celebrating the cultural, creative, and social significance of media and its impact on society, announced four new members to its board of trustees: Jim Lanzone, CEO of Yahoo Inc.; Marne Levine, chief business officer of Meta; Paulo Marinho, executive director of networks at Grupo Globo; and Adam Silver, commissioner of the National Basketball Association.

The four new Trustees will be working alongside the existing members of the board in providing counsel to the Paley Center as it continues its 2021 programming and begins work on initiatives for 2022.

Percent, a capital markets platform, announced Jessica Zall as its new managing director and head of marketing. She will focus on building and continuously optimizing the company’s overall marketing and brand strategy.

Performance Art has completed a successful first four months that saw it add five new clients and many new employees. The agency brand launched in July and has added over two dozen staffers in its first four months.

Key hires include technology strategist Kirk Linkletter from Innocean; media and social specialist Adam Ferraro from Ogilvy; and Marian Schaly, a specialist in full-funnel brand communications who was most recently with Wunderman.

In addition, Veterans United, joined by its agency of record, Performance Art New York, sought to reflect the critical role Veterans play in strengthening civic health, from volunteering and charitable giving to voting and community engagement. In honor of Veterans Day, Veterans United gave away 11 homes to veterans. The campaign celebrates Veterans’ legacy of service and how our communities are better #ThanksToVeterans.

Prior to joining Epsilon, Ansal was part of Accenture, where he was responsible for the inception and growth of the consultancy’s global content strategy practice.

Fiber optic company MetroNet has named the Richards Group as its new brand advertising agency. The Richards Group will be responsible for overall creative advertising strategy, digital and social strategy, and all media planning and buying. The agency also is tasked with refreshing the brand’s entire look and feel.

Shutterstock has promoted Meghan Schoen to chief product officer (CPO), tasked with spearheading the development and execution of Shutterstock’s product vision. She will focus on strengthening the company’s portfolio of content, services, application and data business lines, and help the team to bring to market new products.

Creative agency Smyle has bolstered its leadership team with three senior management promotions and the appointment of a new group chair.

Spark Foundry has bolstered its leadership team with the appointment of Katharine Baker as its new chief client officer. Baker, who previously worked for Blue 449, is returning to the industry and Publicis Media, following a two-year career break.

In this new role, Baker will be responsible for developing client relationships to deliver maximum value and growth for clients.

Prior to Grey, Lederer was at Cohn and Wolfe, New York, and before that at Bite in London.

This marks a return to W+K for Tatarka, who spent nine years at Wieden+Kennedy New York working on brands including Bud Light, Ford, Sprite, Nike, Jordan Brand, ESPN, Spotify and Southern Comfort. Prior to this new appointment at W+K Portland, Tatarka was director of integrated production and a senior partner at Carmichael Lynch.

The new partners are: Consciously, a marketing consultancy based in Brooklyn, New York; Mach Media, based in Ghent, Belgium; Pluto, based in Dublin, Ireland; We the People, based in Melbourne, Australia; Lippe Taylor, based in New York City; Twelvenote, part of the Lippe Taylor group; Sound Healthcare, based in Bridgewater, N.J.; and HCB Health, with offices Austin, Texas and Parsippany, New Jersey.