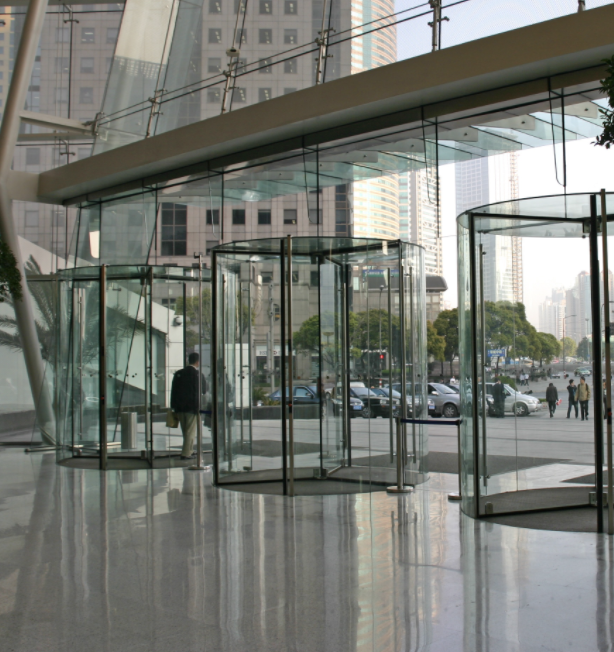 If you’re still wondering what gifts to get friends and family for the holidays, we at the Revolving Door Roundup don’t have any suggestions. This isn’t a gift guide. What we have instead is a big list of the latest agency hires, promotions, new business wins, programs and company expansions. Enjoy.

72andSunny New York has brought on strategist Tom Naughton as executive strategy director as the office continues to grow with new business wins. Most recently, Naughton served as head of strategy for Pereira O’Dell where he led a slew of new business wins. Prior to that, he held leadership roles at Fallon, BBDO and Droga5.

Allied Global Marketing has promoted Kelly Estrella to chief of marketing operations. Estrella was formerly the executive vice president of client solutions for Allied, a role she had held since 2018. Estrella joined Allied in 2008 as a senior account executive for the company’s live entertainment clients.

Merge Infinity Global’s first startup-turned-independent digital advertising services and products agency, Chimp&z Inc has announced its global expansion in New York City and Toronto. This move will enable the agency, headquartered in Mumbai, India, to accelerate growth by widening the scope to build their international clientele and cater to partners on their roster from the American market. Under the leadership of Lavinn Rajpal, the independent agency will immediately undertake efforts to hire a full-stack agency structure and release open positions in the New York and Toronto offices.

Chuck Studios, a global food-specialist creative production company, is relaunching and expanding its U.S. presence by naming Daryl Devlin as managing director. Devlin’s appointment aligns with the company’s ambition to help food brands and their creative agencies bring greater distinction to how they depict food brands. Devlin, who previously led sales for Chuck Studios in the U.S., will now focus on building the company’s national presence.

Colle McVoy has been selected as media agency of record for Blu Dot, a modern furniture designer and retailer. The agency will lead global media strategy, investment and analytics across all channels spanning brand building and performance marketing campaigns.

Dentsu has announced a number of senior leadership hires across its creative business in the U.S., which includes agencies dentsuMB, 360i and Isobar.

Brian Eden joins 360i as executive creative director after nearly three years at agency Fig. Prior to Fig, he spent more than five years at Droga5. 360i has also brought on Bridget Jewell as group director, social creative. She spent the previous eight years at Periscope, where she was a creative director.

Vasili Gavre has been tapped as executive creative director for Dentsu Creative, after working with brands such as Apple, Budweiser, Airbnb, Facebook, Nike, Unilever and Vice Media. Jason Oke joins Dentsu Creative as evp, business leadership. Most recently, Oke was at WPP for ten years, in several global agency and client leadership roles.

Independent creative agency Duncan Channon announced the formation of a Data + Tech practice with new leadership, and the roll out of a proprietary analytics tool the Table to offer clients rapid insight on integrated campaign performance, and uncover data-driven insights to inform creative and media approaches.

Leadership appointments for the new practice include the promotion of Madelaine Robinson to group director, communications and data integration, and the hire of Rob Griffin as associate director, analytics and insights.

Robinson will lead the eight-person Data + Tech team and oversee the rollout and customization of the Table performance and analytics tool for the agency’s client roster. She will also be responsible for operationalizing the agency’s vision for using data and insights to drive better decisions across all departments.

Griffin joined the agency in April 2021 to play a major role in the development of the Table performance and analytics tool. Previously, Griffin served as analytics lead, data and performance at Seattle-area agency Media Plus.

NGN LAB, Engine Creative’s newly established social media unit, has won Jaguar Land Rover’s car rental service, The Out, with a brief to drive engagement and awareness for the brand across the UK. NGN LAB will create a purpose-led, social first campaign, positioning The Out as a category leader in the new world of driving and mobility solutions, while building their reputation as a key player in the burgeoning luxury rental sector. The creative work is due to launch in February.

Morrison comes to Essence after running her own strategic advisory firm, where she worked with clients on brand positioning, partnerships, editorial content and communications strategies.

Colorado-based creative agency Fortnight Collective has added three new hires. Mona Hasan joins as creative director where she’ll work across all accounts including Expedia Group, Peet’s Coffee, Noodles & Company and new business. Previously, Hasan served as creative director at R/GA and prior to that she worked at shops such as CPB and McKinney.

Stacie Lydia comes on board as senior brand director where she will work on VF Corporation, Expedia Group and new business. Previously, Lydia was vp, account leader at Doner. Marci Andress joins Fortnight as brand director. Previously, Andress served as an account supervisor at CPB. Before that, she was an advertising specialist in retail marketing for Audi of America.

Grey Group’s Global Health & Wellness practice is bolstering its creative leadership, hiring Laura Potucek and Guy Mannshardt Bricio in the new roles of group creative directors. Potucek comes from the FCB Health network, where she worked at both Area 23 and FCB Cure. Potucek also has a track record of leading the charge for change as the co-chair of the FCB WE Council championing inclusion.

Bricio’s experience spans multiple continents and agencies, from Langland to Area 23. Bricio has over 10 years of experience in both healthcare and consumer sides of the industry.

Grosvenor has experience in media and technology at multinational organizations, including MediaCom and Integral Ad Science.

Barker brings experience from her roles at Ogilvy, MEC/Wavemaker and, most recently, Edelman.

Dentsu company iProspect has made new appointments within its global leadership including Shenda Loughnane as global managing director and Dan Friel as the new global client president and head of iProspect Global.

Loughnane, a Dentsu veteran of 11 years, takes on the responsibility of building a highly connected network worldwide. She joins the global iProspect team having most recently held the group managing director, Dentsu Ireland position, where she has been working with key accounts including Heineken, Kaspersky and LinkedIn. Prior to joining Dentsu, Loughnane ran a digital creative agency, ICan, for 10 years.

Friel will be supporting Loughnane in her new role, as he steps up into his newly created position. He was previously global client president and now takes on the additional responsibilities of building a ‘one team’ culture in the global team. Friel’s previous roles included global client lead at Carat and managing partner at MEC.

The agency also appointed Cristina Kimmel as its svp, media effectiveness. In this new role, Kimmel will be part of the media effectiveness leadership team and will drive analytics and data science efforts across the iProspect portfolio. She joins iProspect from Publicis, where she most recently was the svp, data, tech and analytics for Publicis Imagine. Before that she was vp, insights and analytics at Publicis’s Zenith.

Johnson & Sekin, a purpose-driven branding and advertising agency, has expanded to the Denver region with the launch of Camp Purpose, an immersive workshop experience tailored around the discovery of purpose for brands, teams and organizations. Located on the mountainside in Pine, Colorado, the 34-acre property, known as Meadow Creek, will serve as Johnson & Sekin’s first-ever satellite office outside of Dallas and as the off-site location for teams from around the country to travel to and experience Camp Purpose.

There is a new leadership structure Charlotte-based integrated marketing agency Luquire. After 37 years at the helm, co-founder Steve Luquire is ascending to the role of chairman to make way for his son Brooks Luquire to become CEO, while Stephanie Spicer becomes president of the 55-person, independently owned shop.

Independent digital agency PMG has been selected by Kohler Co. as agency of record following a review. Effective in January, PMG will oversee integrated strategy, creative, media planning and buying, leveraging data-driven business intelligence and insights through its proprietary Alli technology. Based in Wisconsin, Kohler Co. is one of America’s oldest and largest privately held companies, with nearly 38,000 associates and more than 50 manufacturing locations worldwide.

Agency SCS is recruiting new talent from the brand and agency sides and promoting existing talent across creative, digital, marketing, media and strategy.

Jason Prancealso has been added as vp strategy from consultant at Prance Consulting. He continues as president of Fuse Atlanta. Jeremy Agers joins as senior director strategy, social and digital, leading SCS’s social practice, from director of marketing of Elephant Craft Hard Seltzer. Brittany White has been hired as director of project management, from associate director account management at Teads.

Smartly.io, a social advertising automation platform for creative and performance marketers, has appointed Lyle Underkoffler as chief marketing officer. In this role, Underkoffler will lead go-to-market strategy for the company. Underkoffler most recently served as head of digital marketing and ecommerce at Philips, Personal Health.

TBWA\Media Arts Lab, the bespoke agency for Apple, has appointed Mariano Jeger as executive creative director in the Los Angeles office. Jeger joins from R/GA Buenos Aires where he has spent the last ten years, most recently as vp, chief creative officer. Jeger held a unique role at R/GA leading both the creative and strategy departments and is experienced in leading multi-disciplinary teams.

Brand and marketing consultancy TwentyFirstCentury Brand (21CB) has appointed Sara Lezama as associate partner. Lezama will drive the growth of the consultancy’s business, team and client portfolio in the U.S. while fostering its culture in the San Francisco office. Most recently, Lezama served as director of integrated marketing at Old Navy. Prior to that role, Lezama was a creative strategist at Lyft.

Stewart has spearheaded several recent equity-driven marketplace initiatives including the launch of “Sound it Out” with the Ad Council, helping to raise $100,000 in donated media support for the program. Stewart is also integral to the “Equity Upfront” work UM is driving in partnership with Mediabrands to raise visibility and investment in Black-owned and Black-targeted media businesses.

Athureliya joins from Joan where she led accounts Proactiv, Google and HPE. Previously, Athureliya was at Elephant NYC. D’Souza joins from BBDO New York where she worked since 2013 on Visa, FedEx, ExxonMobil and AARP Foundation. She also help grow the Chicago office of McGarryBowen.

Liberty Communications, a communications company offering fixed and wireless services in Puerto Rico and the United States Virgin Islands as part of Liberty Latin America (LLA), has announced VMLY&R will serve as the brand’s strategic and creative agency of record.

Weber Shandwick, a global communications and marketing solutions firm, appointed Lewis Williams as evp, head of brand impact. Williams joins from multicultural marketing agency Burrell Communications, where he served as chief creative officer for 15 years. At Weber Shandwick, Williams will lead brand impact, a new business-side role designed to work in partnership with client experience, creative and strategy teams. Additionally, Williams will be embedded in some of the agency’s largest clients and play a key role in talent development and new business.