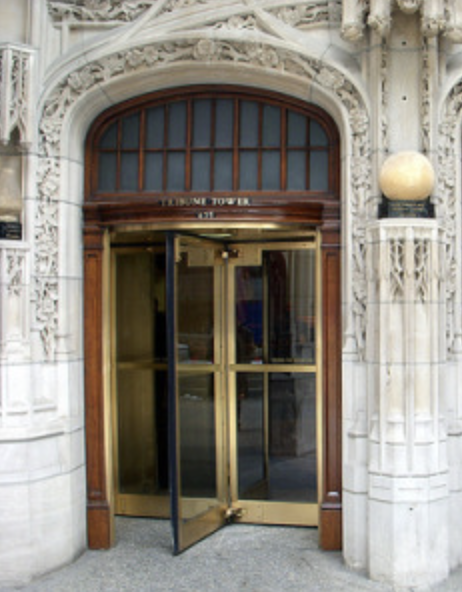 Summer is winding down, but the revolving door of agency moves is just starting to spin like an off-coast hurricane. This week saw plenty of new hires, promotions, mergers and new business wins. Take a whirl and check out all the new announcements.

Apiary Digital, a performance marketing collective, has named Tiffany Coletti Kaiser as its new chief executive officer. She inherits the CEO role from Apiary Digital founder Karen Amundson, who will stay on to chair the advisory board.

Coletti Kaiser comes to Apiary after nearly two decades in leadership—first on the agency side at Grey, then McCann Worldgroup, where she rose to the role of director, business development. Following McCann, Coletti Kaiser was group account director at Eleven Inc. and then managing director at Translation, before her most recent position as evp marketing at Digital Remedy.

Barbarian, the digital creative agency backed by Cheil, has appointed technologist Sunny Nan as director of technology. Nan joins from startup Coinback, where he was chief technology officer. Nan will work across the breadth of the agency’s clients, with specific responsibility for Caliber, Samsung, AMEX and Kendo.

Jamie Olson will serve as the first president, responsible for leading the agency. Olson is a 15-year Blue Chip veteran who has navigated many roles at Blue Chip, most recently overseeing the client leadership department.

Amy Ireton will serve as the chief financial officer. Previously, as evp/finance and human resources, Ireton led successful mergers and acquisitions and managed over $1 billion in revenue for Blue Chip.

In addition, Joel Walker, vp/group creative director, has been made a partner.

New York agency DeVito/Verdi has named Dave Molini as its chief digital officer. He will lead the advertising agency’s mission of melding digital innovation to its media and creative offerings.

Molini brings 15 years of digital media experience across the WPP and Publicis agency network. Most recently, he was a managing director, partner at Neo Media World, a global digital transformation agency under the WPP agency umbrella. At DeVito/Verdi, he will oversee the agency’s digital team.

Most recently, as partner and president at No Fixed Address Inc., Doucette helped Sunnybrook Hospital launch “#UnsilenceTheConversation,” a campaign and baby content ad blocker to help those who have suffered pregnancy loss and normalize the conversation around it.  Prior to joining No Fixed Address, Jordan was the chief creative officer at Leo Burnett Chicago.

Digital experience agency Green Stone has hired Lauren Winslow as design director. A longtime creative and strategic leader, Winslow has alternated between the brand and agency worlds. Most recently she spent seven years as senior art director at Apple, focusing on design systems for interactive retail web and app experiences. Previously, Winslow also worked at Fluid as senior art director and at Madewell.

Killi, a supplier of compliant consumer data, has appointed Susan Mandell as vice president of sales. Mandell will be responsible for growing the revenue line for all products of Killi. Mandell will oversee Killi’s sales operations and team, both domestically and internationally,

Kong was formerly the group data strategy director at Droga5, as well as holding various data positions at Ketchum, Initiative and Condé Nast. As group director, head of data and insights, Kong will lead a dedicated team of data experts.

Content head Felix has served as director of content strategy at Conill Advertising, engagement director at Barkley and digital director at Y&R. As Movement Strategy’s senior director, head of digital content, he will be responsible for leading engagement managers and digital producers.

As senior diversity, equity and inclusion manager, Crawford will lead the dedicated DEI committee the agency established in 2019. She will also manage DEI initiatives and communications for the agency, including DEI goals, priorities, audits and action items across work, internal organization and marketing.

Global creative audio network Squeak E. Clean Studios has brought on senior producer Tarjas (Tee) White and composer Yonít Spiegelman to join its NYC team. White brings over a decade of experience as a music producer and previously was at Audio Network and Droga5’s Second Child. Spiegelman has written original compositions for campaigns for top brands including Nike, Facebook and Neutrogena.

Experience company Superfly has hired former Babbel and Freshly brand executive Meghan Taylor for the role of vp of strategy. Taylor has a history of innovative brand strategy approaches for successful campaigns top agencies and has worked across a diverse mix of clients including Kellogg’s, Hallmark, Kimberly Clark and The Hershey Company.

Osber will be responsible for leading account service and project management efforts for clients and for developing Tank’s marketing and communications materials. Prior to joining Tank in 2018, Osber was an account executive at social impact marketing agency THD.

Global creative collective Thinkingbox has promoted Corey Hankey to managing director of its Salt Lake City office. He will manage operations for the expanding western market and be responsible for continuing to build the company and support client partnerships.

Hankey has been with the business for 13 years, progressing from developer at Welikesmall, which was acquired by Thinkingbox in early 2020, to the leadership team. During his tenure he has held the roles of director of development, technical producer, executive producer and most recently director of client services.

Lightning Bolt Surf USA has chosen Together w/ as agency of record for its relaunch in the United States. The account will be managed by Doug Livingston, partner at Together w/ and based in the New York office.

Portland, Maine-based agency Via has named Layne Harris as head of creative technology. He will report to chief creative officer, Bobby Hershfield, and will be charged with developing and leading the creative technology discipline. Additionally, he will be responsible for collaborating with creative teams to develop digital ideas and explore new ways to interact with brands through technology. Harris will work with clients including Arm & Hammer, Perdue and Chick-fil-A.

Harris previously founded the Innovation Lab at 360i and most recently led the creative technology discipline at Big Spaceship.

The show celebrates the best of Los Angeles/Southern California’s campaigns, companies, and individuals. The DIG Award goes to the company that best demonstrates and celebrates their commitment to diversity across race, ethnicity, gender, sexual orientation, socio-economic status, age, ability and other differentiators across all levels of the organization.