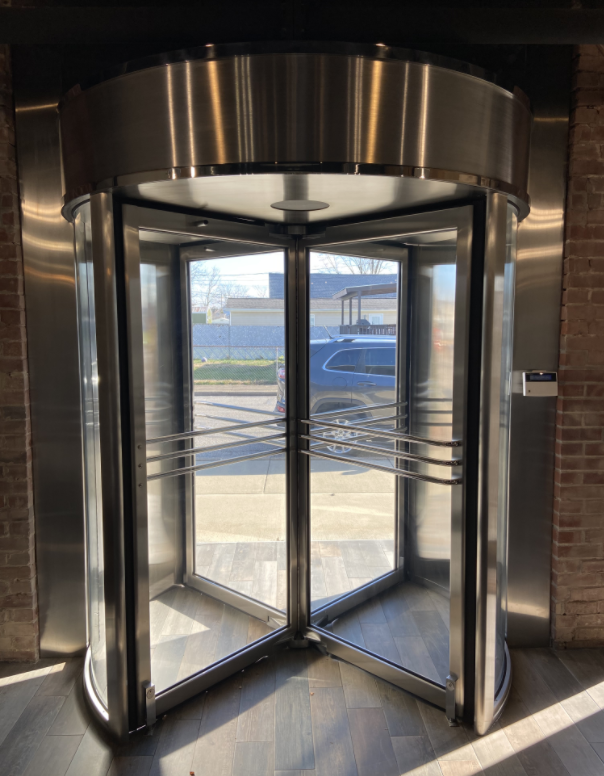 The holidays are upon us, and whether you celebrate Christmas, Hanukkah, Kwanzaa, Festivus (I do find tinsel distracting) or National Cookie Exchange Day, there’s something for everyone in the Revolving Door Roundup. Enjoy this festive trip through the week’s agency moves.

Acceleration Partners, a global partnership marketing agency, announced that the company’s current president Matthew Wool has been named the new chief executive officer. Founder Robert Glazer, who has served as the CEO of the organization since its inception, will transition to the role of chairman of the board, where he will continue to play a role in leading the company’s strategic direction, leading M&A and supporting product and service development and leadership development programs.

Roberts will be responsible for leading the client services team within AnalogFolk London—and will also work with the client service leads across AnalogFolk Groupe (AFG), which includes tech enabled content production company Untold Fable and automation and build company With Robots.

Arco + Associates (Arco), a full-service marketing firm, has been acquired by 1905 New Media as a member agency. The move allows Arco to leverage the infrastructure of a larger agency while adding public relations capabilities and experienced team members to the 1905 New Media team.

The company will continue to operate under the Arco + Associates brand until March 31, 2022. The affiliation benefits clients through additional service offerings for both Arco and 1905 New Media.

Daniel joins from The Martin Agency, where she spent the last 11 years. Prior to Martin, Daniel was a senior producer at several top agencies including DDB, Wieden+Kennedy, Momentum, Rabbit and JWT.

Gibson joins from TBWA\Chiat\Day NY, where he was the executive strategy director across the agency’s PepsiCo portfolio. Prior to TBWA he was at The Martin Agency. Earlier in his career, he had stops at both GSD&M and BBDO.

Design-first creative studio ATKPLN has expanded its footprint to Chicago with the addition of Larissa Berringer as executive producer. She joins ATKPLN’s existing team of artists and producers in Dallas to build out a new Chicago presence.

Brand and shopper marketing agency Blue Chip will roll out a new tech-driven business focused on making marketing more effective and efficient. Called Bloomaze, the new venture will develop and sell martech products, solutions and platforms on the open market. Bloomaze will start with adaptations of technologies Blue Chip has deployed successfully for clients.

Brandzooka, a self-service programmatic platform democratizing the digital advertising landscape for brands and agencies, has appointed tech mentor and growth specialist Perry Quinn to the role of chief revenue officer. Quinn has served as a Brandzooka advisor since its 2015 inception.

Terblanche’s primary responsibilities include helping the agency further develop and build out its social impact offerings and drive innovative creative, working primarily on social impact initiatives for purpose-led clients. Terblanche comes to D&G from Havas Chicago where as a cd he lead Moen and NAR work.

Global digital agency Dept has officially launched its Asia Pacific operations, headed up by former Havas Group CEO Vishnu Mohan. Founded in Amsterdam in 2015, Dept has quickly grown across the globe, from 150 people in The Netherlands to more than 2,000 people in 17 countries across five continents.

Mohan, who will work in collaboration with Dimi Albers, global CEO of Dept, will be responsible for the Asia-wide rollout and expansion of Dept’s offering. He joins the agency after a 25-year stint with Vivendi’s Havas Group, where he was a key figure behind the launch and development of the group in Asia Pacific.

Fingerpaint, a biopharma global commercialization partner, has recently acquired MedThink, a North Carolina-based company that empowers healthcare providers through medical communications, and Engage, a London-based data and analytics-enabled healthcare global marketing firm. Through these acquisitions, Fingerpaint will expand its global commercialization capabilities and services to new and existing clients internationally.

Most recently, Nelson was the global head of HR for The Sound, a consumer exploration, brand strategy and product innovation agency. Over her career, she has held HR roles at leading agencies Burson-Marsteller and Commonground Marketing, along with positions for top brands, CNA, CN and IBM.

Havas Formula announced the establishment of a Midwest regional hub in Chicago. As part of a larger restructuring to complement the agency’s expansion across America’s heartland, Tara Reid has been promoted to president and will oversee Havas Formula Midwest. Reid previously served as senior vice president.

The new hub is designed to capitalize on the hundreds of new and heritage brands in the region that are interested in progressive marketing programs. Initially, Havas Formula Midwest will encompass two offices, located in Chicago and Denver. The region will primarily focus on consumer, CPG, lifestyle, B-to-B and tech brands.

Intersection, an experience-driven out-of-home media and technology company, announced it has been awarded an exclusive 10-year contract to sell bus, rail and station advertising with the Metropolitan Atlanta Rapid Transit Authority (MARTA). Through the agreement, Intersection will bring its suite of static and digital media products to more than 800 buses and paratransit vehicles, nearly 40 bus and rail stations and a number of EV charging stations to one of the country’s fastest growing cities. The contract will commence on January 1, 2022 and includes two one-year options.

Prior to joining LTK, Lake was partner and executive vice president of brand partnerships at Digital Brand Architects, where she led development with brands, agencies, publishing houses and digital networks.

McKinney has hired Suz Keen as the agency’s new group creative director for its Los Angeles office, tasked with leading further expansion of the office. She will be responsible for the conception, design and creation of content for print, digital, broadcast and multimedia creative.

Keen comes to McKinney with experience from working at both independent and large agencies such as Translation, TBWA and Pereira O’Dell. In her most recent role at Interesting Development, she created work for Vita Coco, Gemini, Stripe and Zulily.

Conley will serve as head of production. He served as executive producer at the Participation Agency and previously was producer at Art + Commerce.

MSQ has hired Caroline So as managing director for the Shanghai studio of holmes&marchant. So has held client service strategy and management roles for advertising agencies for the past 19 years and most recently for Media.Monks. She has extensive experience in beauty and spirits.

By joining holmes&marchant, which recently merged with Elmwood, she will lead China’s activities for the design agency.

PMG announced a new professional leadership and development program to advance Master’s, MBA and Ph.D. graduates into digital strategy and technology careers. Launching in June 2022, PMG’s Professional Leadership Program (PLP) builds on the success of the Graduate Leadership Program (GLP) with a rotational curriculum specially designed for experienced graduates transitioning into the next phase of their careers—and looking to make an impact through digital business transformation.

Joining the PLP will provide those with a graduate-level degree and two or more years of experience 20 months of executive mentorship, hands-on training experience and the opportunity to have an immediate impact on critical projects for some of the world’s most iconic brands.

The program will be hosted at PMG’s Dallas, Texas office with opportunities for relocation upon completion of the program.

SRW, an independent marketing agency for natural health and wellness brands, has hired Courtney Dixon as the director of project management. She joins the leadership team of SRW, which is now 60% female. Dixon comes to the agency from independent agency Human in Boulder. She previously worked at Crispin Porter Bogusky.

WPP brand agency Superunion North America has unveiled a new brand strategy and identity for Robinson Family Foods, a black-owned, family-run restaurant brand, to celebrate the business’s heritage, innovative spirit and its mission to connect communities through the power of food. The work was completed pro bono as part of the agency’s Best in Class internship program that works with businesses across America in need of strategic and creative support, with access to Superunion’s expertise and the rising stars of its paid internship program.

Leighton, who has been with Team One for the last 14 years, previously served as the agency’s management director of resource and talent planning. In her new role, she will amplify and allocate the talent of the agency, overseeing people analytics, leading annual client scoping processes, managing key financial measures for the agency, championing employee advancement and cross-team opportunities.

In her new role, Small’s oversight will extend from recruiting into a larger framework of both human resources and talent acquisition. Since joining Team One in 2012, Small has helped the agency’s talent recruitment process through her previous roles as associate talent director and most recently as talent director.

Theorem, a full-scale flexible digital media and marketing services provider and LinkedIn Marketing Partner, is expanding its LinkedIn offering. Stemming from years of success working with LinkedIn, Theorem’s new creative optimization packages include an immersive audit of digital channels to develop original concepts for social campaigns and multiple waves of social posts campaigns that are fully optimized for peak performance.

Accolade Wines, a global wine business, has appointed independent media agency Yonder ahead of a major awareness push for some of its biggest brands including Hardys, Echo Falls, Jam Shed and Banrock Station.

Following a strategic planning project earlier this year, Yonder was retained as media agency for the U.K. wine company without a pitch. Yonder’s brief is to help grow Accolade Wines’ U.K. business, with a series of multimedia campaigns to support a number of Accolade brands across 2022 with a total media investment of about $6.6 million (5 million pounds).