NEXT:Barton F. Graf Proves That Pop Secret Is Better Than All of Your Favorite Things
PREVIOUS:Erich & Kallman and the Former 'Most Interesting Man' Will Help Promote Astral Tequilla 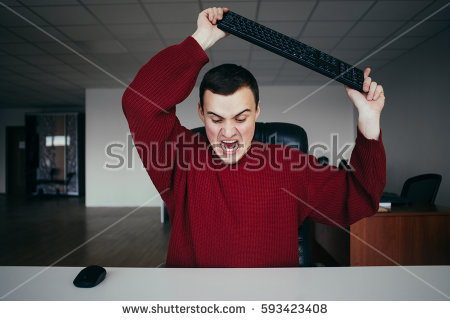 A recent thread in Reddit’s r/advertising subreddit posed the question “If you were to go back to school right now and do everything over again, would you still go into advertising?”

Perhaps unsurprisingly, the comments were largely in line with the “Absolutely fucking not” response of one Redditor who bemoans not going into computer science.

“No, after 8 years I hate advertising,” another says, adding that he or she would work to become a video game designer if given the chance.

Another Redditor who graduated with a design degree cites “No job security, no career prospects, shit pay” as reasons for it being “a huge mistake” to pursue a career in advertising, while conceding, “At least the colleagues tend to be good.”

To be fair, such views didn’t completely dominate the thread.

One Redditor offered the view that it’s normal to feel tired of a given career path after awhile, adding, “Personally I think we are one of the best and most fun industries to work in. We have the chance to change the world and I think that’s the coolest thing ever.” You just rolled your eyes, didn’t you??

Another adds that while advertising is difficult, “there’s something about the challenge of a creative brief that makes me want to win.”

“Working in advertising isn’t the problem,” advises another Redditor, “The problem is getting a useless degree that specializes in it.”

The more positive responses are most easily found by sorting the thread by “Controversial.”

How would you respond to the question?