NEXT:IPG CEO Michael Roth Issues Yet Another Memo About a Mass Shooting: 'What We Are Doing Is Just Not Working.'
PREVIOUS:Wednesday Morning Stir 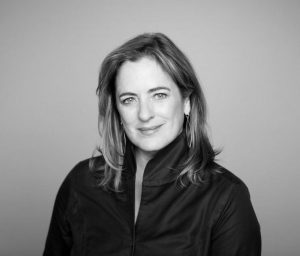 The biggest story of the day in the agency world is, without a doubt, the pending closure of Barton F. Graf, or advertising’s own place to proudly “keep it weird.”

You’ll probably read a good bit about this over the next couple of weeks, with people pointing to one thing or another (primarily the dissolution of the AOR relationship) as the reason for Gerry Graf’s shop shutting its doors.

That said, some other stuff has happened so far this week as well, primarily a major realignment of creative leadership in Chicago following Liz Taylor’s move from FCB to global lead at Leo Burnett and head of North American creative for Publicis Communications.

It started at Leo, which saw U.S. CCO Britt Nolan leave around three weeks ago for DDB and proceeded to promote Jordan Doucette as creative leader in Chicago. Today the cycle moved into hyper-speed, with Energy BBDO providing FCB’s new CCO in the form of Andrés Ordóñez while promoting Josh Gross and Pedro Pérez, the duo behind Extra Gum’s acclaimed “Story of Sarah & Juan” campaign, to co-chief creatives.

We got the memo that global lead Susan Credle sent to everyone on her team around the world announcing the news today. Its language is similar to that in the press release and the memo from herself and FCB Chicago CEO Michael Fassnacht, but Credle adds a bit more about why this hire in particular will help bring the group together.

At any rate, here’s the memo.

To each of you who help lead the FCB creative vision day to day around the world, I want to formally introduce you to Andrés Ordóñez.

Andrés will be joining us on September 3, 2019, as the next Chief Creative Officer in Chicago.

As a company, we live by the phrase, “Never Finished.” It drives us to always reach higher. As we began the process of looking for a new creative leader for FCB Chicago, we were determined to lift the bar still further. After the most diverse search any of us can remember, one person stood out for all of us. Andrés Ordóñez. Across every discipline, I kept hearing, “It’s Andrés.” But even more impressive than the impact he had on us are the beautiful words that were shared by so many people who have worked with him. We’re thrilled he’s agreed to join us, and both FCB and the industry at large will benefit from Andrés’ leadership.

Andrés has spent the last five years at Energy BBDO, where his innovative approach across the agency’s diverse range of clients – including Wrigley, Bayer, MillerCoors, SC Johnson, American Egg Board, Avocados From Mexico, National Safety Council, Ocean Spray and Luxottica – led him to be the 17th most awarded CCO in the world, according to The Drum’s Big Won Rankings.

His work has not only spanned the globe but also crossed sectors and markets. He led the creative team that recently won the global pitch for Champion and has launched global platforms for Wrigley and SC Johnson. Andrés has done work throughout the Americas, China and Europe and helped launch the Red and Yellow M&M’s characters in LATAM.

Prior to Energy BBDO, Andrés launched Ford SYNC® — a factory-installed, integrated, in-vehicle communications and entertainment system – not in a traditional way, but by giving the audience an innovative experience through a curated concert series.

In the span of his career, Andrés has received top industry accolades including multiple Cannes Lions, Clios, D&AD, One Show, New York Festivals, WARC, Effies and others. This year alone he was part of Adweek’s Creative 100 and was called out as one of the 26 creative leaders that are becoming the industry’s new icons.

We are so excited for you to meet him, and we’re confident you’ll agree that he’s a world-class leader with a focus on what’s next.

I know I can count on you all to welcome Andrés to FCB.

In the spirit of Never Finished,